To Lake Street Dive, the title, Free Yourself Up, is both an exhortation to listeners and a statement of purpose for the band. In many ways, this is the band's most intimate and collaborative record, with the band working as a tightly knit unit to craft its ten songs. For this album, the quartet drafted touring keyboardist Akie Bermiss to join them in the studio as well as on stage. Adding another player to the process freed up the the band members to explore a wider range of instrumental textures, construct more full-bodied arrangements, and build on their well-known background harmonies.

Free Yourself Up is the follow up to the band's Nonesuch Records debut Side Pony. The band toured eighteen months for that album, including a sold-out headlining show at Radio City Music Hall. Side Pony album was lauded in the press, with Rolling Stone calling it "irresistible,"rand the Boston Globe saying, "Side Pony is a confident, expertly played statement from a band that's been honing its approach for more than a decade, and it clearly shows that Lake Street Dive is ready to make itself known to whatever audiences have yet to succumb to its many charms."

"This album is based in the realities in our time,' Kearney reflects," which have inevitably become part of everyone's daily life. It's something you think about and obsess over—and write songs about. Free Yourself Up is about empowering yourself, emboldening yourself, no matter what's going wrong." 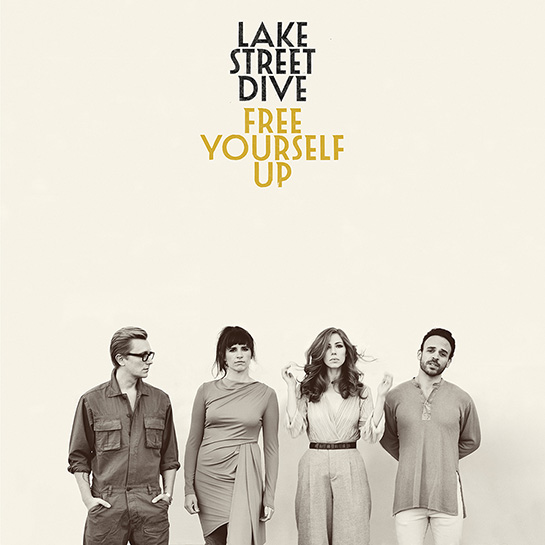