The label debut from Irish composer Donnacha Dennehy, Grá agus Bás, includes the title piece, which was inspired by sean-nós "old style" Irish vocal music, as well as the composer’s song cycle That the Night Come, comprising six settings of poems by W.B. Yeats. The Dublin–based Crash Ensemble performs both works, conducted by Alan Pierson. Irish singer Iarla O’Lionáird is the soloist for Grá agus Bás; Dawn Upshaw is featured on That the Night Come. NPR calls it "a revelation."

Nonesuch releases its first recording of music by the Irish composer Donnacha Dennehy, Grá agus Bás, on May 3, 2011. The album includes the title piece, which translates as Love and Death, as well as the composer’s song cycle That the Night Come. The Dublin–based Crash Ensemble—which Dennehy co-founded—performs both works, conducted by Alan Pierson. Irish singer Iarla O’Lionáird is the soloist for Grá agus Bás, while American soprano, and longtime Nonesuch artist, Dawn Upshaw is featured on That the Night Come.

Written especially for Iarla O’Lionáird and the Crash Ensemble, Grá agus Bás is inspired by a number of sean-nós songs. (Sean-nós is a type of unaccompanied Irish vocal music; translated as the “old style” or “old tradition,” it is transmitted from generation to generation orally.) The work explores the themes of love and death in a non-narrative context. That the Night Come, written for Dawn Upshaw and the Crash Ensemble, comprises six settings of poems by W.B. Yeats. Dennehy says: “Yeats’ repeating obsessions with unattainable love, his longing for the fullness of experience, his anger at fleeting happiness, and the certainty of time’s ravage and death are obsessions that I share.”

Donnacha Dennehy, who lives in Dublin and teaches composition at Trinity College, has received critical acclaim for his work, with the New York Times calling a recent piece “magnificently energetic,” and The Wire saying that he “has a soundworld all his own.” He has received commissions from Dawn Upshaw, WNYC (for the Bang on a Can All-Stars), Icebreaker, the Percussion Group of the Hague, and the San Francisco Contemporary Music Players, among others. Upcoming commissions include a major new work for Nonesuch artists Kronos Quartet.

Iarla O’Lionáird was born in the West Cork gaeltacht area of Cuil Aodha, where his mother taught him many traditional songs, passed down from her mother and her sister. He began performing at the age of five, with radio broadcasts and recording soon following. O’Lionáird also performed with Cor Chuil Aodha and was the lead singer for the Afro Celt Sound System. Since then he has composed for radio, film, and TV and released three solo albums. His latest solo album Foxlight (Realworld) is due for release this May.

Dawn Upshaw has achieved worldwide renown as a singer of opera and concert repertoire ranging from the sacred works of Bach to the freshest sounds of today. A four-time Grammy winner, she was named a Fellow of the MacArthur Foundation in 2007, the first vocal artist to be awarded the “genius” prize. From April 11–17, Upshaw and Dennehy join forces for a Professional Training Workshop at Carnegie Hall, in partnership with Bard College Conservatory of Music and Weill Music Institute. Dennehy is currently composing a new work for Upshaw and orchestra, to be premiered in 2012 with the St. Paul Chamber Orchestra. Grá agus Bás is the 22nd Nonesuch album on which the soprano has sung.

Crash Ensemble was founded in 1997 and has since attracted enthusiastic audiences for its joyous engagement with the most adventurous music of today. The ensemble has commissioned or premiered works by composers including Gavin Bryars, Arnold Dreyblatt, Michael Gordon, David Lang, and Terry Riley, and has also worked with Louis Andriessen and Steve Reich, among others. New York–based Alan Pierson is the ensemble’s principal conductor; he also serves as artistic director of the Brooklyn Philharmonic and Alarm Will Sound, with whom he recently premiered John Adams’ Son of Chamber Symphony. Pierson has collaborated with other major composers including Steve Reich, David Lang, Michael Gordon, Osvaldo Golijov, La Monte Young, and Julia Wolfe.

That the Night Come was commissioned and written for Dawn Upshaw and the Crash Ensemble with funding provided by the Arts Council of Ireland. The words from “He wishes his Beloved were Dead,” “The Old Men Admiring Themselves in the Water,” “The White Birds,” “These are the Clouds,” “Her Anxiety,” and “That the Night Come” are set to music by permission of A P Watt Ltd on behalf of Gráinne Yeats. 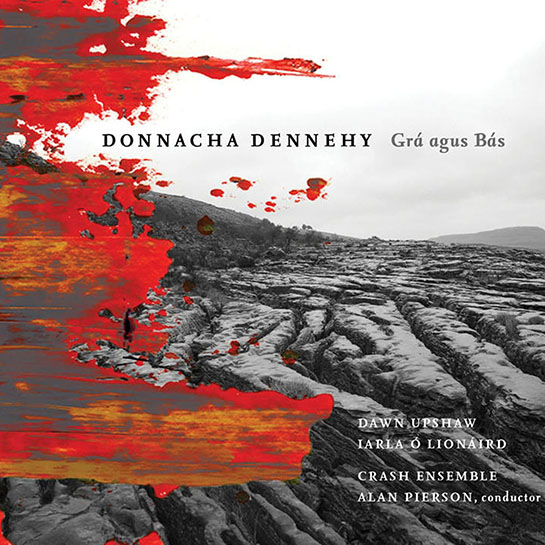