Nonesuch Records released a two-track digital single from Sam Gendel on September 3, 2021, that includes his interpretations of Duke Ellington’s “Isfahan” and Cal Massey‘s “My Little Suede Shoes” (a song popularized by Charlie Parker), performed in the manner of the sonic construction / destruction from his 2020 album Satin Doll. Gendel is joined by Gabe Noel on electric bass and Philippe Melanson on electronic percussion.

Sam Gendel has had a busy year and a half, beginning with the Nonesuch release of Satin Doll just as the world went into pandemic-related lockdown last spring and followed a year later by DRM, which featured solo musical experiments with vintage instruments accompanied by his voice. He was a guest on two other Nonesuch releases, Joachim Cooder's Over That Road I'm Bound and Sam Amidon's self-titled album; collaborated on an ad campaign for UJOH DANSKIN's spring/summer collection; created a twenty-minute-and-twenty-one-second re-interpretation of Vampire Weekend's song “2021;” released the fifty-two-track album Fresh Bread; had a song prominently featured in the Netflix film Malcolm & Marie; performed across Pino Palladino and Blake Mills' Notes with Attachments, as well as designing its artwork; and recorded Dilate Your Heart in collaboration with Ross Gay, Bon Iver, and Mary Lattimore.

Among other prominent media features, Gendel was recently featured in the New Yorker, which called Satin Doll “a sly collection of jazz standards remade into hazy daydreams” and described its follow-up, DRM, as “a series of eerie, woozy electronic tracks, including a version of “Old Town Road,” the Lil Nas X hit, that staggered along as if it were about to pass out,” adding that “Gendel’s self-effacing approach has earned him a growing reputation…”

Additional critical acclaim includes a Tweet by Pitchfork Editor-in-Chief Ryan Schreiber: “Sam Gendel is putting out the most fascinating ambient and loop-based music this year. He’s pulling new age, jazz and vaporwave bits into richly expressive, hypnotic textures that are deeply soulful but also sound a little like piped-in mall music from the early 90s.” And the Los Angeles Times called his two Nonesuch records “sublimely understated,” adding, “Hazy and with beats that are just as often hinted at as conveyed, Satin Doll and ... DRM seem to wobble beneath some invisible weight.” 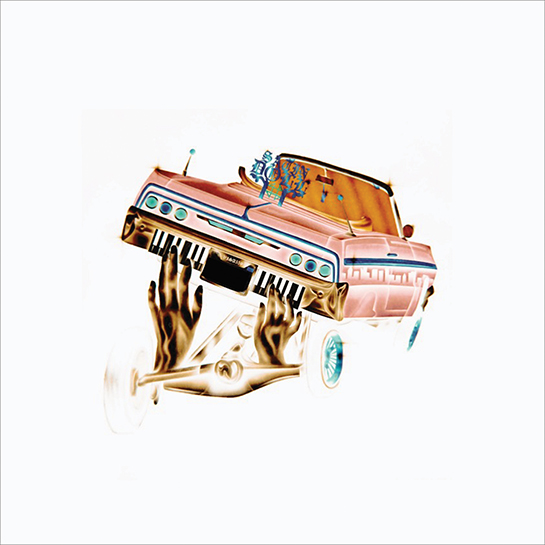