Sam Gendel reinterprets Laurie Anderson's "Sweaters," from her landmark 1982 debut album, Big Science. On the remix, which Gendel produced and engineered, he plays alto saxophone, contrabass guitar, and wind synthesizer, while incorporating elements of the original recording, including Anderson’s vocals and violin, Rufus Harley on bagpipes, and David Van Tieghem on drums.

Nonesuch Records released "Sweaters (Sam Gendel Remix)," the saxophonist’s reinterpretation of the Laurie Anderson track from her landmark 1982 debut album, Big Science, on October 20, 2022. On the remix, which Sam Gendel produced and engineered, he plays alto saxophone, contrabass guitar, and wind synthesizer, while incorporating elements of the original recording, including Anderson’s vocals and violin, Rufus Harley on bagpipes, and David Van Tieghem on drums. You can hear it everywhere here.

Sam Gendel has had a busy year and a half, beginning with the Nonesuch release of Satin Doll just as the world went into pandemic-related lockdown last spring and followed a year later by DRM, which featured solo musical experiments with vintage instruments accompanied by his voice. He was a guest on two other Nonesuch releases, Joachim Cooder's Over That Road I'm Bound and Sam Amidon's self-titled album; collaborated on an ad campaign for UJOH DANSKIN's spring/summer collection; created a twenty-minute-and-twenty-one-second re-interpretation of Vampire Weekend's song “2021;” released the fifty-two-track album Fresh Bread; had a song prominently featured in the Netflix film Malcolm & Marie; performed across Pino Palladino and Blake Mills' Notes with Attachments, as well as designing its artwork; and recorded Dilate Your Heart in collaboration with Ross Gay, Bon Iver, and Mary Lattimore. Most recently, he released a two-track digital single comprising his interpretations of Duke Ellington’s “Isfahan” and Cal Massey‘s “My Little Suede Shoes” (a song popularized by Charlie Parker), performed in the manner of the sonic construction/destruction from Satin Doll. As Pitchfork founder Ryan Schreiber notes: “Sam Gendel's prolificacy as a bandleader and session player has had the whole scene on lock this year … [he] has had an absolutely insane 2021.”

Among other prominent media features, Gendel was recently featured in the New Yorker, which called Satin Doll “a sly collection of jazz standards remade into hazy daydreams” and described its follow-up, DRM, as “a series of eerie, woozy electronic tracks, including a version of “Old Town Road,” the Lil Nas X hit, that staggered along as if it were about to pass out,” adding that “Gendel’s self-effacing approach has earned him a growing reputation…”

Laurie Anderson’s Big Science was reissued on vinyl for the first time in thirty years this past spring on Nonesuch Records. The album “has never been more pertinent than it is right now," writes the Guardian. “Have a listen. Confront the urgent questions. Feel the chill.” Uncut, which heralded the release as its Reissue of the Month, says, “It's worth considering how readily Big Science stands alone, untethered from time and place, and how, over the course of its near-40-year existence, it has been a record that has come to acquire new resonance with each generation, now standing as one of the most influential albums of the past four decades.” Anderson recently performed an NPR Tiny Desk (Home) Concert, featuring music from Big Science, from her studio. She was joined, on synthesizer, by Roma Baran, who performs on and co-produced Big Science with Anderson, and Rubin Kodheli on cello to perform “Let x=x,” “O Superman (For Massenet),” and an improvisation on violin and cello.

Laurie Anderson is one of America’s most renowned—and daring—creative pioneers. Her work, which encompasses music, visual art, poetry, film, and photography, has challenged and delighted audiences around the world for over 40 years. Anderson released her first album with Nonesuch Records in 2001, the critically lauded Life on a String. Her subsequent releases on the label include Live in New York (2002), Homeland (2010), the soundtrack to Anderson’s acclaimed film Heart of a Dog (2015), and her Grammy-winning collaboration with Kronos Quartet, Landfall (2018). Additionally, Anderson’s virtual-reality film La Camera Insabbiata, with Hsin-Chien Huang, won the 2017 Venice Film Festival Award for Best VR Experience, and, in 2018, Skira Rizzoli published her book All the Things I Lost in the Flood: Essays on Pictures, Language and Code, the most comprehensive collection of her artwork to date. The Hirshhorn Museum in Washington, DC, is hosting Laurie Anderson: The Weather, the largest-ever US exhibition of her artwork, through July 31, 2022. 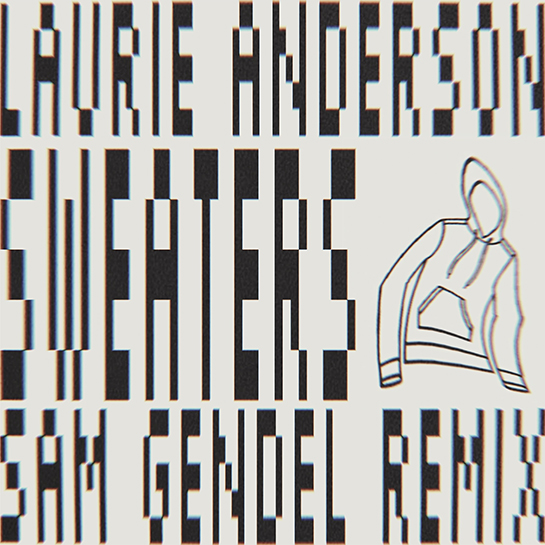