Jeremy Denk's recording of J.S. Bach's Goldberg Variations includes a companion DVD with video "liner notes" of Denk demonstrating passages on the piano as he explains certain details of the iconic piece. The New York Times has remarked on Denk's "profound affinity with Bach," and the Philadelphia Inquirer has called his performance of the Goldberg Variations "mesmerizing." Says NPR: "Once you've entered the Denkian dimension, you won't want to leave."

Nonesuch releases pianist Jeremy Denk’s recording of J.S. Bach’s Goldberg Variations on September 30, 2013. A companion DVD accompanies the album and contains video “liner notes,” with Denk demonstrating passages on the piano as he explains certain details of the iconic piece. (See an excerpt above.) The beloved Bach work has long been a staple of Denk’s repertoire and his performances have received critical praise. The New York Times has remarked on his “profound affinity with Bach” and the Philadelphia Inquirer called Denk’s performance of this piece “mesmerizing,” noting that his “Bach is expressive, but not fussy or overthought. Technically unbothered by the work’s more explosive spots and remarkably fluid in its scurrying passage work, he was able to make connections between and among bits of material that sometimes occur many seconds apart.”

Writing for NPR’s Deceptive Cadence blog last year, Denk said, “The best reason to hate the Goldberg Variations—aside from the obvious reason that everyone asks you all the time which of the two [Glenn Gould] recordings you prefer—is that everybody loves them.” He continued, “Yes, I’m suspicious of the Goldbergs’ popularity. Classical Music is not really supposed to be that popular. I worried for years that I would be seduced into playing them, and would become like all the others—besotted, cultish—and that is exactly what happened. I have been assimilated into the Goldberg Borg.”

Jeremy Denk has established himself as one of today’s most thoughtful and compelling artists. He has appeared as soloist with the Los Angeles Philharmonic, the Philadelphia Orchestra, and the symphony orchestras of Boston, Chicago, San Francisco, and London. This past season included a return to Carnegie Hall in recital, as part of 13-city tour of the US, as well as a performance of Bach’s complete set of six keyboard concertos in a single evening at Lincoln Center.

Denk’s previous releases include a recording of music by Charles Ives, released on his own Think Denk Media label, and a Nonesuch album of works by Beethoven and Ligeti. He also is an avid chamber musician and a respected writer, both on his blog and in such publications as The New Yorker. Denk is expanding a recent article in that publication into a book that will be published by Random House.

Jeremy Denk is a Steinway Artist 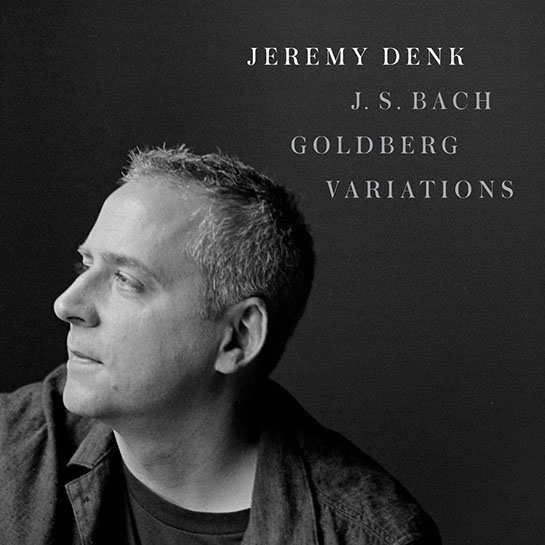