Kundun, filmmaker Martin Scorsese's 1997 biography of the Dalai Lama, was a labor of love for both the director and composer. The Village Voice praised the "caressing intensity" of Glass's score: "A mere phrase can insinuate a range of feeling, from poignancy to majesty."

The score to Martin Scorsese’s film biography of the Dalai Lama is performed by a unique orchestra comprised of Tibetan and Western instruments, led by the composer. Kundun tells the life story of the 14th Dalai Lama, from his discovery during childhood through the Chinese invasion of Tibet, to his journey into exile which raised the world’s consciousness to the plight of his people.

In discussing Kundun, Scorsese calls his collaboration with Glass “the realization of a long-cherished dream.” He continues: “[Glass's] Buddhist faith and deep understanding of Tibetan culture combine with the subtlety of his composition to play an essential role in our movie on the life of the Dalai Lama. Philip Glass is an artist of tremendous sensitivity whose music works from the inside of the film, from its heart, to produce a powerful emotional intensity which remains for days in the listener’s head ... For me, the images in the film no longer stand on their own without Philip Glass’s music. I consider myself fortunate, indeed blessed, to have worked with him on Kundun.”

Glass, who has long been involved with the Tibetan community in both India and the United States said, “I felt that the only way for the music to be an organic part of the film was to work throughout the entire process of shooting and editing. It was very interactive and I believe that Marty enjoyed it as much as I did.” 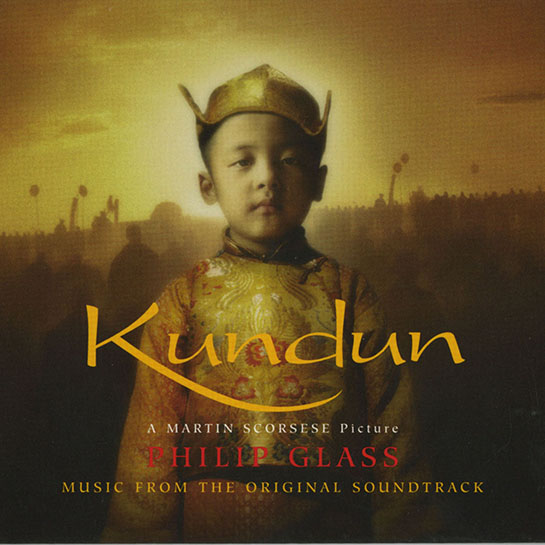