Hurray for the Riff Raff, aka Alynda Segarra, performs “LIFE ON EARTH,” the title track to their 2022 Nonesuch debut album, in this new version with their friends and fellow New Orleans musicians, the Preservation Hall Jazz Band. Segarra describes the album track, which the New York Times’ Lindsay Zoladz named the Best Song of 2022, as “a psalm to all earthly beings.”

A new version of the song "LIFE ON EARTH" by Hurray for the Riff Raff, aka Alynda Segarra, was released on December 21, 2022. The track features Segarra’s friends and fellow New Orleans musicians, the Preservation Hall Jazz Band, and was recorded live in Esplanade Studios.

Segarra describes the track from their critically acclaimed 2022 album LIFE ON EARTH as, "A psalm to all earthly beings. A letter regarding the suffering of humankind which effects all on this planet."

The New York Times' Lindsay Zoladz named "Life on Earth" to the number one spot on her best songs of the year list, saying: "Alynda Segarra takes the long view on this elegiac, piano-driven hymn … As it progresses at its own unhurried tempo, the song, remarkably, seems to slow down time, or at least zoom out until it becomes something geological rather than selfishly human-centric. The thick haze of climate grief certainly hangs over the track but its lingering effect is one of generosity and spaciousness, inspiring a fresh appreciation for the interconnectedness of all things."

The album also received tremendous critical praise and was on the best of 2022 lists for many outlets, including NPR, Mojo, Rolling Stone, Uncut, and Brooklyn Vegan. 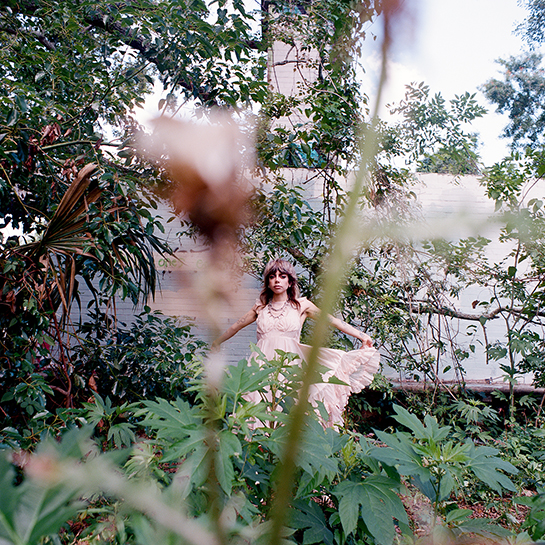 More From Hurray for the Riff Raff