Singer, songwriter, and multi-instrumentalist Olivia Chaney makes her album debut with The Longest River. On the album, Chaney balances her original compositions with a broad array of covers she has newly arranged, from jazz to Purcell to folk. "Her voice holds the purity, tension, dignity and sorrow of a heritage full of songs about lost love and cruel fate," says the New York Times. "Chaney is thoroughly grounded in the past, from medieval music to [Joni] Mitchell. But in her quiet way, she’s radical." The Observer calls the album "an enchanting, stately creation." PopMatters exclaims: "It's pretty much perfect."

"Chaney’s voice … has been called one of the finest in English folk music; it only took one song to see why." —Boston Globe

The New York Times said of a performance, "Whether she’s singing old songs or her own, Ms. Chaney destabilizes them, turning them into rhapsodic, immediate dramas, giving listeners a reason to hang on every phrase and inflection … Her voice holds the purity, tension, dignity and sorrow of a heritage full of songs about lost love and cruel fate. Ms. Chaney is thoroughly grounded in the past, from medieval music to [Joni] Mitchell. But in her quiet way, she’s radical."

On The Longest River, Chaney balances her original compositions—including the two pieces that first brought her acclaim, "The King’s Horses" and "Swimming in the Longest River"—with a selection of covers that she has newly arranged and that illustrate the broad sweep of her taste: "Blessed Instant" by Norwegian jazz singer-composer Sidsel Endresen; an adaptation of 17th-century Baroque composer Henry Purcell’s "There’s Not a Swain"; 20th-century Chilean folk composer Violetta Parra’s "La Jardinera"; and "Waxwing," from Scottish avant-folk singer-songwriter Alasdair Roberts.

Chaney graduated from the Royal Academy of Music and learned the guitar from her father’s renditions of Bob Dylan, Fairport Convention, and Bert Jansch, among others. Since then she has built a loyal and growing following, both in the UK and internationally, through her acclaimed live performances, as a solo artist and also in collaboration with a diverse range of artists, including Alasdair Roberts, Zero 7, and The Labèque Sisters. In February 2013, she self-released her eponymous debut EP, which found her further fans with media and public alike, leading BBC Music to write "it confirms Chaney’s arrival as a major talent."

"It’s taken a long time to get to the point where I wanted to make a full record, and I’m lucky Nonesuch heard me at the right time," says Chaney. "I wanted it to have a transparency and intimacy, even if in a voyeuristic way," she explains. "I also wanted to pick up the atmosphere of the room I recorded in … almost tangibly feel the mood of the song and the performance."

Chaney collaborated with the Kronos Quartet, alongside Natalie Merchant, Rhiannon Giddens and Sam Amidon, for an evening of folk songs in celebration of Nonesuch’s 50th anniversary. Labelmate Robert Plant was so impressed by that show that he asked Chaney to open his own concerts at BAM the following week. 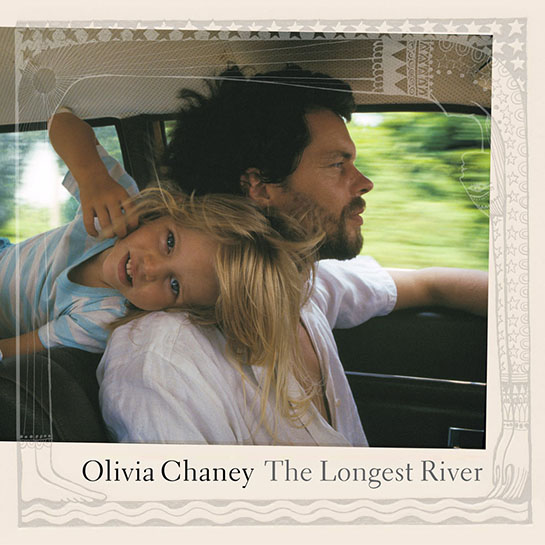