Mountain Man's Look at Me Don’t Look at Me was recorded live at Saint Mark’s Cathedral in Seattle in November 2018, capturing the intimacy of the band’s live shows. The recording includes songs from the trio's Nonesuch album Magic Ship and its 2010 debut, Made the Harbor; covers of Fiona Apple's "Hot Knife" and Michael Hurley’s "Blue Mountain"; and the group’s singularly quirky banter. "One of our favorite things in life is singing together to a bunch of people in a room," says the band. "We hope this recording brings you some of the joy you may have been missing until the next time we can all be together."

Mountain Man—the trio of Amelia Meath, Alexandra Sauser-Monnig, and Molly Sarlé—released Look at Me Don’t Look at Me, a live album recorded in November 2018 at Saint Mark’s Cathedral in Seattle, August 7, 2020, on Nonesuch Records. The live recording captures the band’s intimate touring shows in support of its acclaimed Nonesuch release, Magic Ship, and features tracks from that album, as well as songs from the trio’s 2010 debut, Made the Harbor; Molly Sarle's “Human”; a cover of Fiona Apple's “Hot Knife”; and the group’s singularly quirky banter.

Here is a visualizer for Mountain Man’s cover of Michael Hurley’s "Blue Mountain" from the album, featuring artwork by Nat Russell and animation by Robert Edridge-Waks:

The band’s “juxtaposition of the contemporary-urban with the backyard-bucolic characterizes their particular brand of Appalachian folk, which comes tinged with witchiness and irreverence,” wrote the Stranger in its review of the Seattle show. “Their harmonies reflect this dynamic, too. Alexandra Sauser-Monnig lays a solid foundation, Meath adds playfulness and sweetness, and Sarlé variously spikes the blend with welcomely sour notes and crystalline brightnesses.”

The trio writes: “The Look at Me Don't Look at Me tour was our first tour together in ten years. It was a wild and magical ride and we are excited to share a live recording from a show we played at a beautiful verbed out church in Seattle! One of our favorite things in life is singing together to a bunch of people in a room. We hope this recording brings you some of the joy you may have been missing until the next time we can all be together. Love, Mountain Man.”

In addition to Meath’s Grammy-nominated work with Sylvan Esso, Sauser-Monnig and Sarlé have embarked on critically acclaimed solo projects of their own. Sauser-Monnig released Dawnbreaker, her debut album under the moniker Daughter of Swords, via Nonesuch last year. Pitchfork says the album “reveals her effortless skill as a songwriter as she delivers an homage to the betwixt and between of a relationship in its twilight.” Sarlé released Karaoke Angel last fall via Partisan Records, an album Exclaim! likens to “contemplating the unimaginable depths of the sea or beholding the vastness of an unclouded sky, [easing] you into a sense of oneness that you're oblivious to until it's over.”

This album is available from Nonesuch in the world outside of Europe. In Europe, visit Bella Union. 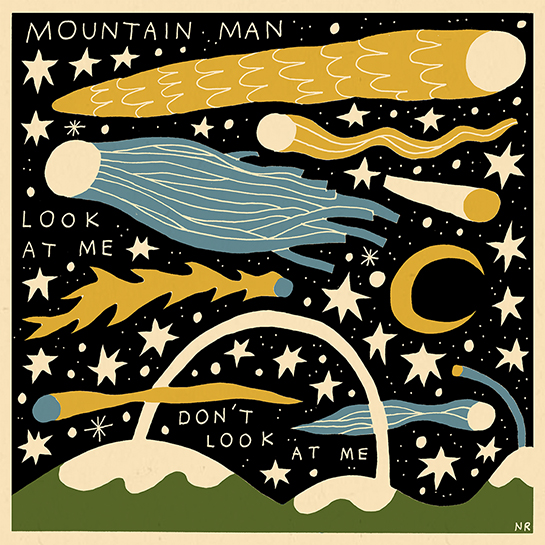