Patinkin constructs "an intimate dialogue between the Old and New Worlds" in this exploration of Yiddish song, says the New York Times. The adventurous showman "seeks to recapture and honor a tradition that many don't realize is a direct forerunner of Broadway musical comedy."

Mandy Patinkin, whose musical, film, and television career has taken him from sold-out Broadway shows to an Emmy Award–winning role in TV’s Chicago Hope, comes home with Mamaloshen (Mother Tongue), his third solo album on Nonesuch Records. A celebrated singer of popular standards, Patinkin embraces a rich and entertaining musical heritage in this 16-song collection, performed with full orchestra, guest vocalist Judy Blazer, and violinist Nadja Salerno-Sonnenberg. Patinkin constructs "an intimate dialogue between the Old and New Worlds" in this exploration of Yiddish song, says the New York Times. The adventurous showman "seeks to recapture and honor a tradition that many don't realize is a direct forerunner of Broadway musical comedy."

Born into a Jewish immigrant family on the south side of Chicago, Patinkin grew up in the 1960s hearing popular music and also Yiddish standards, some sung by his father. But it was another father figure, the legendary producer Joseph Papp—who gave him his first break at New York’s Public Theater—who urged Mandy to take the musical journey back to his Yiddish roots. “This is your job,” Papp said in 1990 to the singer-actor who would soon be called “the greatest entertainer on Broadway” by Clive Barnes of the New York Post.

Mamaloshen, which followed Patinkin’s best-selling Nonesuch recording Oscar and Steve, had been all those years in the making. Ranging from well-known Yiddish standards like “Raisins and Almonds” and “Oyfn Pripetshik,” to rousing renditions of “Rabbi Elimeylekh” and “Der Alter Tzigayner,” to new arrangements of Irving Berlin’s “God Bless America” and Paul Simon’s “American Tune,” it is a collection that is as personal as it is universal.

“Yiddish is not a religious language, it is a street language,” says Patinkin. “Like everybody who has ever left home, I wanted to preserve the street, the neighborhood, that corner of my heritage. It’s not my intention to literally trace the history of Jewish or Yiddish music, or its journey to America, but I have always been interested in what Jewish musicians and composers have done to assimilate. I think all these writers—Irving Berlin, Leonard Bernstein, Stephen Sondheim, Paul Simon—did write Jewish music.”

Patinkin set about learning their songs—in Yiddish. He also consulted Yiddish music experts and began collecting a selection of traditional songs, some well-known and others rare. Along with longtime musical collaborator Paul Ford, he assembled a team of translators, language coaches, and arrangers who helped him compile 16 songs that tell stories of mothers and fathers, daughters and sons, leaving home, finding a new home, courtship, love, survival, and death.

In his inimitable vocal style, Mandy approached this material as he does everything—with power and love. Mamaloshen is a testament to the rich variety of Jewish musical tradition, from Belz to Broadway, Yiddish Theater to Tin Pan Alley, and to the spirited resilience of its creators. 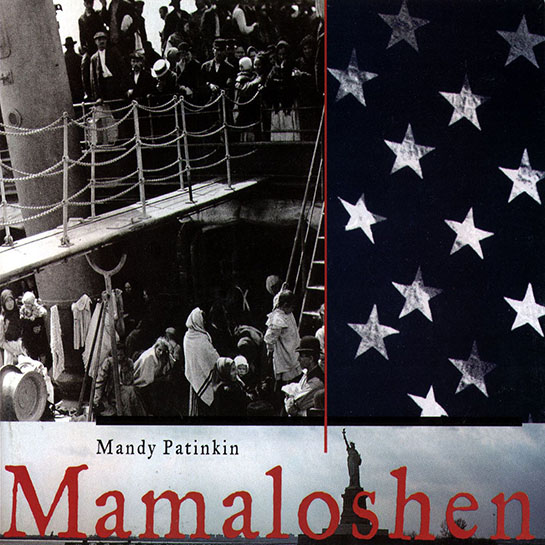