The third in a series of musical installments from singer Mandy Patinkin and pianist/producer Thomas Bartlett, Diary: December 2018 was recorded by the two musicians in Bartlett's NYC studio. The eleven tracks of this Diary entry include two songs written by Patinkin himself plus songs by Paul Simon, Stephin Merritt (The Magnetic Fields), Randy Newman, Biff Rose, Teitur, and John Grant.

The third in a series of musical installments from Tony and Emmy Award–winning singer/actor Mandy Patinkin and pianist/producer Thomas Bartlett (aka Doveman)—Diary: December 2018—it out today on Nonesuch Records. The digital release’s eleven songs were recorded by the two musicians in Bartlett’s New York studio last December and include two songs written by Patinkin himself plus songs by Paul Simon, Stephin Merritt (The Magnetic Fields), Randy Newman, Biff Rose, Teitur, and John Grant. This Matthew Beighley–directed video for the album track “Wandering Boy” by Randy Newman was filmed at Patinkin's Diary concerts with pianist Adam Ben-David at the Connelley Theater in New York City in October 2018:

As Patinkin explains, “After thirty years my musical collaborator, Paul Ford retired. I wasn’t sure if that meant I would have to as well. But my dear friend Bob Hurwitz [of Nonesuch] introduced me to Thomas Bartlett, who introduced me to an entirely new way of making music … in his studio, hours of playing, singing, and recording, never searching for the illusion of perfection.” He continues, “We’ve decided to share our music making journey with you, in the form of a Diary. Hope you enjoy, and thanks for listening.”

Patinkin has played CIA agent Saul Berenson on Showtime’s Emmy and Golden Globe Award–winning Homeland for the last seven seasons; a role for which he has received four Emmy nominations. The eighth and final season of Homeland began filming in January 2019. He has released seven previous albums on Nonesuch.

Well known for his portrayal of Inigo Montoya in the 1987 movie The Princess Bride, Patinkin most recently played Irwin in Dan Fogelman’s Life Itself. Patinkin’s other film credits include Yentl (1983), Alien Nation (1988), Dick Tracy (1990), Wish I Was Here (2014), and Wonder (2017), among many others. In addition to his role on Homeland, he has appeared in major roles in television series such as Chicago Hope (Emmy Award), Dead Like Me, and Criminal Minds. Patinkin is a noted interpreter of the musical works of Stephen Sondheim and is acclaimed for his work in musical theater, originating iconic roles such as Georges Seurat in Sunday in the Park with George and Che in the original Broadway production of Evita (Tony Award). Additionally, Patinkin has been passionately involved in volunteer work with various NGOs throughout his life, and currently travels the world with the International Rescue Committee, spending time with refugees and raising awareness of their plight. 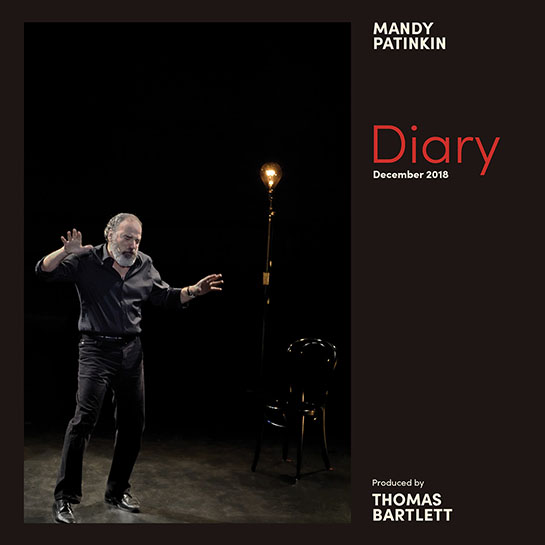