Tyondai Braxton's single "Multiplay" features Braxton on electronics, and was recorded in his home studio in Bearsville, New York. Following the December 2021 release of "Dia" / "Phonolydian"—Braxton’s first new music in five years—"Multiplay" is the next in a series of new releases to continue through 2022.

Tyondai Braxton releases “Multiplay” on Nonesuch Records today. The new track features Braxton on electronics, and was recorded in his home studio in Bearsville, New York. Following last month’s release of “Dia" / "Phonolydian”—Braxton’s first new music in five years—“Multiplay” is the next in a series of new releases to continue through 2022.

Braxton released the 2016 five-song EP Oranged Out, proceeds from which supported the work of Everytown for Gun Safety. The EP followed Braxton’s 2015 Nonesuch debut, HIVE1, an album of eight pieces originally conceived for a performance work at New York’s Guggenheim Museum in 2013, and which NPR Music praised for its “playfulness—the feeling that experimenting with sound is a joyful game.” Boomkat wrote that it "cleanly thwarted our presumptions at the very least, moving light years on from [Braxton’s] former role in Battles to encompass a much wider yet focused set of ideas about pattern and discord … quite crucially, it feels and sounds new.”

Praised by the Washington Post as “one of the most acclaimed experimental musicians of the last decade,” Tyondai Braxton has been writing and performing music under his own name and collaboratively, under various group titles, since the mid-1990s. He is the former front man of experimental rock band Battles, whose debut album Mirrored was both a critical and commercial success. In recent years, Braxton has composed commissioned pieces for ensembles such as The Bang on a Can All Stars, Alarm Will Sound, Brooklyn Rider, and Third Coast Percussion. In 2012, he collaborated with Philip Glass during the ATP I'll Be Your Mirror festival. He has also performed his orchestral work Central Market with the Los Angeles Philharmonic, London Sinfonietta, BBC Symphony Orchestra, and New York’s Wordless Music Orchestra, and wrote and performed on several tracks on Dirty Projectors’ 2017 self-titled album. He is currently at work on the studio recording of TELEKINESIS, an 87-piece orchestral work commissioned by the Southbank Centre and Helsinki Festival, which had its live premiere at London’s Queen Elizabeth Hall in 2018. The Guardian calls it a “superpower-themed symphony” and “a titanic composition.” 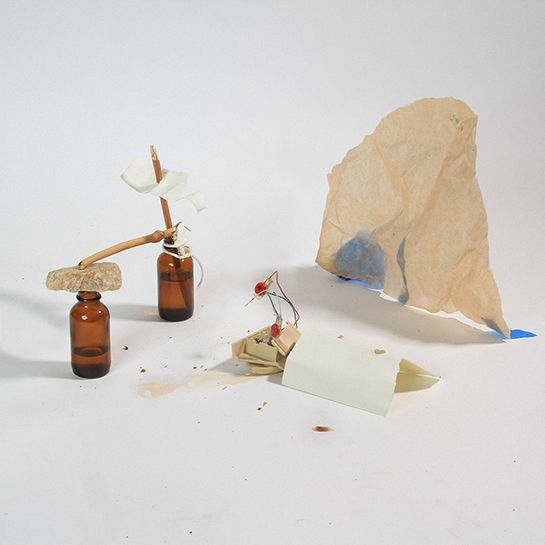