This first studio recording of Tyondai Braxton's Telekinesis—an eighty-seven-piece work for electric guitars, orchestra, choir, and electronics—features the Metropolis Ensemble conducted by Andrew Cyr, the Brooklyn Youth Chorus conducted by Dianne Berkun Menaker, and chamber choir The Crossing conducted by Donald Nally performing what the Guardian calls "a superpower-themed symphony … a titanic composition." Braxton cites the Japanese manga classic Akira as a thematic guide, with its story of a young boy's discovery of his telekinetic powers and his inability to control it, leading to his own destruction. The Times exclaims: "It's remarkable."

Tyondai Braxton releases Telekinesis—an eighty-seven-piece work for electric guitars, orchestra, choir, and electronics—on November 11, 2022, via New Amsterdam and Nonesuch Records. Featuring the Metropolis Ensemble conducted by Andrew Cyr, the Brooklyn Youth Chorus conducted by Dianne Berkun Menaker, and chamber choir The Crossing conducted by Donald Nally, Telekinesis is the first studio recording of the work. The Guardian calls it “a superpower-themed symphony … a titanic composition.” The album is available to pre-order here.

Telekinesis is the result of a co-commission by the Southbank Centre London and Musica Nova, Helsinki Festival. The world premiere took place on April 18, 2018, at Queen Elizabeth Hall with the BBC Concert Orchestra and BBC Singers, followed by a performance at Helsinki Festival by the Finnish Radio Symphony Orchestra. André de Ridder conducted both performances.

Braxton calls Telekinesis “the latest and largest example of intersections between my electronic music and notated music, both sonically and philosophically.” Throughout the recording and production process, Braxton sought to “create an environment where electronic instruments and acoustic instruments coexist in a place that feels balanced and organic.” To achieve that, the orchestra, choir, and electronics were tracked section by section at Oktaven Audio in Mt Vernon, New York from August 2021 to March 2022 by engineer Ryan Streber. This allowed for a hyper-detailed mix session with Seth Manchester at Machines with Magnets in Pawtucket, RI. As a studio recording, the mix recreates how an orchestra would be placed (with some exceptions) but is exaggerated in its width and in the closeness and depth of certain instruments surrounding the listener.

Braxton says: “As a science fiction and horror fan, the initial idea was to write an opera based on the Japanese manga masterpiece Akira, although over time, I realized I was more interested in the story as an invisible thematic guide rather than something more literal. Among a number of storylines in Akira is the idea that a young boy comes upon the ability to move objects and generate energy with his mind. Entirely enthralled with his own power and apparent limitless potential, and despite his inability to physically and mentally control this force, he launches unrestrained into its use. Ultimately, his hubris overtakes and destroys him. The power of the mind has been a compelling consideration for me and is an underlying theme in this piece.”

Tyondai Braxton, who Vice says “reminds us that the roots of today's experimental music can be located in part in the wrenching reaction to the 20th century classical canon,” has been writing and performing music under his own name and collaboratively, under various group titles, since the mid-1990s. He is the former front man of experimental rock band Battles, whose debut album Mirrored was both a critical and commercial success. Braxton has composed commissioned pieces for ensembles such as the Bang on a Can All Stars, Alarm Will Sound, Brooklyn Rider, and Third Coast Percussion. In 2012, he collaborated with Philip Glass during the ATP I'll Be Your Mirror festival. He has also performed his orchestral work Central Market with the Los Angeles Philharmonic, London Sinfonietta, BBC Symphony Orchestra, and New York’s Wordless Music Orchestra, and he wrote and performed on several tracks on Dirty Projectors’ 2017 self-titled album. His 2015 Nonesuch debut, HIVE1, was praised by NPR Music for its “playfulness—the feeling that experimenting with sound is a joyful game.” Braxton followed that release with the 2016 five-song EP Oranged Out, proceeds from which supported the work of Everytown for Gun Safety, and released three new tracks—“Dia,” “Phonolydian,” and “Multiplay—this past winter. Braxton was appointed to Princeton University’s Music Composition faculty as an Assistant Professor of Music, starting in the fall 2022 semester.

Metropolis Ensemble is a flexible professional chamber orchestra based in NYC led by Andrew Cyr. The Grammy-nominated ensemble has commissioned over 400 new works and produced hundreds of performances and site-specific projects with a broad range of artists, including Timo Andres on his 2013 Nonesuch album, Home Stretch. Nominated for a Grammy Award in 2010, Metropolis Ensemble has garnered international recognition for its many studio recordings. Cyr, who founded the Ensemble in 2016, has led premiere performances at venues ranging from Cité de la Musique (Paris, FR), Hamer Hall (Melbourne, AU), and Radio City Music Hall.

Brooklyn Youth Chorus is a Grammy Award-winning ensemble that has collaborated with a range of artists including the New York Philharmonic and International Contemporary Ensemble and has served over 10,000 students in its after-school and public-school programs. Founded in 1992, Brooklyn Youth Chorus is currently involving more than 700 students in its core after-school and public-school outreach programs. It has performed on a number of Nonesuch recordings, including Cécile McLorin Salvant’s Ghost Song (2022) and John Adams’ On the Transmigration of Souls (2004), and the New Amsterdam / Nonesuch release of William Brittelle’s Spiritual America (2019). Dianne Berkun Menaker, the chorus’ founder and artistic director, is an educator, choral clinician, and creator of the Cross-Choral Training program, a holistic and experiential approach to voice and musicianship pedagogy in group settings. Most recently, she was the Associate Music Director for Euphoria by Julian Rosefeldt, commissioned by Park Avenue Armory.

The Crossing is a professional chamber choir conducted by Donald Nally and dedicated to new music. It is committed to working with creative teams to make and record new, substantial works for choir that explore and expand ways of writing for choir, singing in choir, and listening to music for choir. Many of its nearly 140 commissioned premieres address social, environmental, and political issues. With a commitment to recording its commissions, The Crossing has issued twenty-five releases, receiving two Grammy Awards for Best Choral Performance (2018, 2019) and seven Grammy nominations. Nally has commissioned over 160 works for choir, many addressing social justice. He has served as chorus master at major opera companies of the USA, UK, and Italy, and his collaborations have taken him to Stockholm, London, Osaka, Córdoba, Helsinki, Haarlem, Riga, and many US cities. Nally’s seventy-two-chapter series Rising w/ The Crossing is archived as a cultural artifact by The Library of Congress. 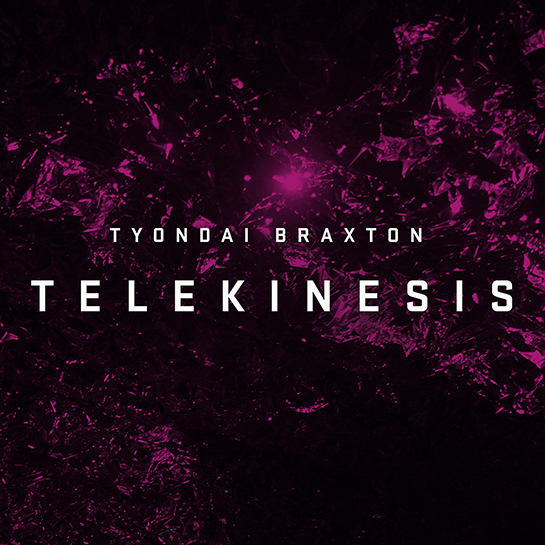