The Natalie Merchant Collection, a deluxe 10-CD box set, comprises all eight of her solo studio albums from the previous three decades, as well as Butterfly—a new studio set featuring four new songs and six reinterpreted selections from her catalog, all arranged for string quartet—and Rarities, a collection of rare and unreleased tracks recorded between 1998 and 2017: home studio demos, album outtakes, live tracks, and collaborations with artists like Billy Bragg, David Byrne, The Chieftains, and Cowboy Junkies. Includes a 100-page lyric book and pictorial history of the singer-songwriter's solo career, an archival treasure box for collectors. "Magnificent," exclaims Mojo in a five-star review, "a definitive and absorbing celebration of an artist with a singular voice and vision."

Nonesuch Records releases The Natalie Merchant Collection—a deluxe ten-CD box set compiled by Natalie Merchant—on July 14, 2017. The Natalie Merchant Collection comprises ten discs, including all eight of her solo studio albums from the past three decades. A ninth disc, Butterfly, is a new studio set featuring four new songs and six reinterpreted selections from her catalog, all arranged for string quartet. The final disc is Rarities, a collection of fifteen rare and previously unreleased tracks recorded between 1998 and 2017, which offers a unique view of Merchant's creative experimentation through home studio demos, album outtakes, live tracks, and collaborations with diverse artists like Billy Bragg, David Byrne, The Chieftains, Cowboy Junkies, and Amy Helm. The package includes a 100-page lyric book and pictorial history of the singer-songwriter's solo career—an archival treasure box for collectors.

Q has called Natalie Merchant "among the most compelling and distinctive voices of the last decade," while Vogue has said she is "one of the most successful and enduring alternative artists to emerge from the Eighties intact and uncompromised." Her career began in 1981 when, as a college student, she joined the seminal alternative rock band 10,000 Maniacs, which signed to Elektra Records in 1984. As lead vocalist, lyricist, and sometimes pianist, Merchant released six critically acclaimed studio albums with the band, including the platinum-certified In My Tribe (1987), Blind Man's Zoo (1989), Our Time in Eden (1992), and the multi-platinum MTV Unplugged (1993), which became the band's most successful release as well as one of the best-selling in the Unplugged series. She left the group in 1993, and in 1995 released her multi-platinum solo debut, Tigerlily, followed by the platinum Ophelia (1998) and Motherland (2001). In 2003 she independently released an album of traditional and contemporary folk music, The House Carpenter's Daughter (included in this collection), which also coincided with the birth of her child. For the next seven years she lived quietly in New York's Hudson Valley devoting herself to family and community, while taking opportunities to collaborate with other musicians and strengthen her commitment to activism and philanthropy.

In 2010, Merchant returned with a thematic double album, Leave Your Sleep, her debut for Nonesuch Records. For this meditation on childhood and mothering Merchant set nineteenth- and twentieth-century American and British children's poetry to music. She also collaborated with award-winning children's book illustrator Barbara McClintock for a picture book based on the album. In 2014, Nonesuch released Natalie Merchant, her sixth solo album and first of entirely original songs in thirteen years, which the New York Times called a "set of dark, brave, thoughtful, and serenely startling songs" and the Daily Telegraph praised for the "intelligence of her writing, and piercing character studies that thicken with each musical brushstroke." Nonesuch most recently released Paradise Is There: The New Tigerlily Recordings in 2015. This collection of all-new recordings revisits Merchant's solo debut, Tigerlily. The release was accompanied by a documentary DVD. "Time has only amplified the power of Merchant's music," according to Mojo, while the Guardian wrote of her anniversary concert at the Royal Albert Hall, "This is poetic indie pop that's reached maturity … Merchant's lush acoustic, orchestral set is dramatic, intimate, and it's impressive to witness."

Merchant remains dedicated to a wide array of social justice and environmental causes. Recently, she spearheaded the making of the protest concert film Dear Governor Cuomo (2013) with New Yorkers Against Fracking, actors Mark Ruffalo and Melissa Leo, and filmmakers Jon Bowermaster and Alex Gibney, and she directed and produced SHELTER: A Concert Film to Benefit Victims of Domestic Violence (2014). 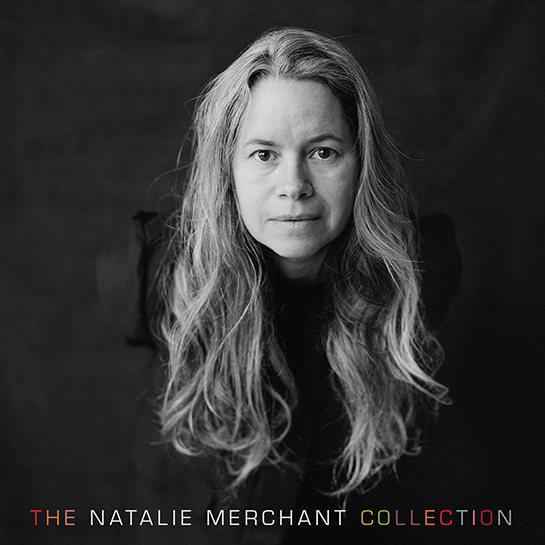