Composer/multi-instrumentalist Jeff Parker's album Suite for Max Brown (International Anthem / Nonesuch Records)—named for and dedicated to his mother—features nine original songs plus "Gnarciss," an interpretation of Joe Henderson's "Black Narcissus," and John Coltrane's "After the Rain." Parker plays the majority of the instruments on the album. "The veteran guitarist has created an effortlessly detailed album, full of tradition and experimentation that spans generations," says Pitchfork. "It lives at the vanguard of new jazz music."

Composer and multi-instrumentalist Jeff Parker's Suite for Max Brown will be released on January 24, 2020 via a newly formed partnership between International Anthem and Nonesuch Records. The album, named for and dedicated to Parker's mother, features nine original songs as well as "Gnarciss," an interpretation of Joe Henderson's "Black Narcissus," and John Coltrane's "After the Rain." Parker plays the majority of the instruments on the record and also engineered most it at home or during his 2018 Headlands Center residency in Sausalito, CA.

The album follow's Parker's critically praised 2016 record The New Breed, which, as the composer says, "became a kind of tribute to my father who he passed away while I was making the album. It's named for a clothing store he owned when I was a kid. I thought it would be nice this time to dedicate something to my mom while she's still here to see it. Maxine Brown is her maiden name and everybody calls her Max. The picture on the cover is her when she was nineteen."

Parker says of his new album, "I used to deejay a lot when I lived in Chicago. I was spinning records one night and for about ten minutes I was able to perfectly synch up a Nobukazu Takemura record with the first movement of John Coltrane's A Love Supreme and it had this free jazz, abstract jazz thing going on with a sequenced beat underneath. It sounded so good. That's what I'm trying to do with Suite for Max Brown. It's got a sequenced beat and there are musicians improvising on top or beneath the sequenced drum pattern. That's what I was going for. Man vs. machine.

"It's a lot of experimenting, a lot of trial and error," he admits. "I like to pursue situations that take me outside myself, where the things I come up with are things I didn't really know I could do. I always look at this process as patchwork quilting. You take this stuff and stitch it together until a tapestry forms."

Parker is known to many fans as the longtime guitarist for the Chicago–based quintet Tortoise, one of the most critically revered, sonically adventurous groups to emerge from the American indie scene of the early 1990s. The band's often hypnotic, largely instrumental sound draws freely from rock, jazz, electronic, and avant-garde music, and it has garnered a large following over the course of nearly thirty years. Aside from recording and touring with Tortoise, Parker has worked as a side man with many jazz greats, including Nonesuch labelmate Joshua Redman on his 2005 Momentum album; as a studio collaborator with other composer-musicians, including Brian Blade, Meshell Ndegeocello, and fellow International Anthem artists Makaya McCraven and Rob Mazurek; and as a solo artist. 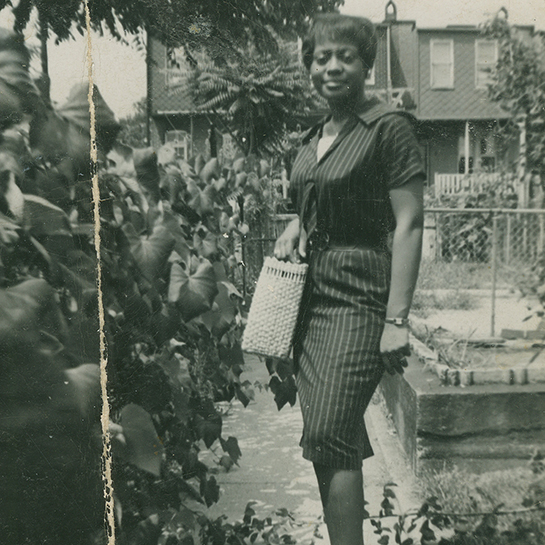