Jeff Parker’s solo guitar album Forfolks includes interpretations of Thelonious Monk's “Ugly Beauty” and the standard “My Ideal,” plus six original compositions: two earlier tunes, “Four Folks" and “La Jetée,” and four new loop-driven, stratiform works that marry melodic improvisation with electronic textures. As Parker says: “I am trying to create a sonic world for me to wander around in.”

Jeff Parker’s Forfolks—a new album of solo guitar works—will be released on December 10, 2021, via International Anthem and Nonesuch Records. The album includes interpretations of Thelonious Monk’s “Ugly Beauty” and the standard “My Ideal,” plus six original compositions including "Four Folks" (a tune first written by Parker and recorded in 1995) and "La Jetée" (a tune he recorded with Isotope 217 in 1997 and with Tortoise in 1998). The four totally new original compositions are loop-driven, stratiform works that marry melodic improvisation with electronic textures. As Parker says: “I am trying to create a sonic world for me to wander around in.” The album was recorded by Graeme Gibson at Sholo Studio in Altadena, California (aka Jeff’s house) over two days in June 2021. Here is the video for the album track “Suffolk,” directed by filmmaker Cauleen Smith:

“It's a particular thing to hear Jeff play solo,” writes veteran Chicago musician and longtime Parker collaborator Matthew Lux in his liner note for Forfolks. “He is an unusually selfless improviser, often times laying out and highlighting the contributions of his band mates. He's never been one to play three notes where none would suffice. On this recording, however, he is by himself, joined only by his own ideas, looped or frozen, to flesh out the music he's creating in his mind. Hearing him craft entire sound worlds on these eight selections gives us an opportunity to really see how Parker orders sound … He eschews genre playing and chooses a painterly approach to coloring the music, maintaining a deeply personal voice without weighing down the music with obvious stylistic maneuverings.”

The album follow’s Parker’s critically acclaimed 2020 record, Suite for Max Brown, which Pitchfork called an “effortlessly detailed album, full of tradition and experimentation that spans generations … It lives at the vanguard of new jazz music.” The album went on to debut at No. 1 on Billboard's Current Contemporary Jazz Chart and No. 2 on the Contemporary Jazz Chart in the United States, with the Los Angeles Times calling it “a transcendent set of pieces that occupy a vague terrain lit by jazz, experimental electronic music, instrumental hip-hop and genre-jumping avant-rock ... Parker’s album ascends track by track with the majesty of a new-build high-rise transforming a skyline.”

Parker is known to many fans as the longtime guitarist for the Chicago–based quintet Tortoise, one of the most critically revered, sonically adventurous groups to emerge from the American indie scene of the early 1990s. The band’s often hypnotic, largely instrumental sound draws freely from rock, jazz, electronic, and avant-garde music, and it has garnered a large following over the course of nearly thirty years. Aside from recording and touring with Tortoise, Parker has worked as a side man with many jazz greats, including Nonesuch labelmate Joshua Redman on his 2005 Momentum album; as a studio collaborator with other composer-musicians, including Brian Blade, Meshell Ndegeocello, and fellow International Anthem artists Makaya McCraven and Rob Mazurek; and as a solo artist. 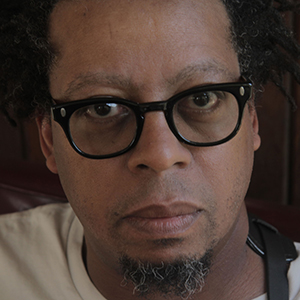 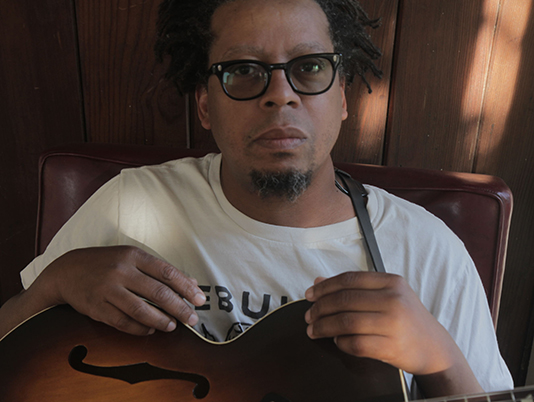