Björk's Biophilia, her most interdisciplinary project to date, is a multi-media project, comprising a studio album, an app, a new website, custom-made musical instruments, live shows, and educational workshops. Björk has collaborated with app developers, scientists, writers, inventors, musicians, and instrument makers to create a unique exploration of the universe and its physical forces—particularly those where music, nature and technology meet. The project is inspired by and explores these relationships between musical structures and natural phenomena, from the atomic to the cosmic.

The songs from Biophilia was released as a traditional 10-track studio album, digitally and physically, on October 11, 2011.  The songs’ subject matter is the natural world. The album was produced by Björk. (The songs also will be featured in the Biophilia App, but with a more stripped-down structure, mixed by Damian Taylor and Björk for educational and gaming purposes.)

Each feature has its own theme (in connection with its corresponding song) and combines a natural element with a musicological feature. The layers of content in each feature include: an interactive game based on the song’s scientific and musical subject matter, a musical animation of the song, an animated score, lyrics, and an academic essay. The game enables the user to interact with musical elements of the song and to learn about different musical features while creating their own version; the musical animation and animated music score bring together conventional and innovative ways of representing music visually; and the academic essay explores the ideas behind each song and feature and how they are realized musically.

The Biophilia App and its features have been developed with a team chosen by Björk, comprising ten of the most groundbreaking and commercially successful app developers working today. The team is lead by Scott Snibbe Studio, creator of the bestselling apps Gravilux and Bubble Harp, and includes the creator of Sim City, TouchPress (pioneering designers behind the two top grossing apps Elements and Solar System), and a host of award winning designers, animators and leading experts in coding and encryption.

The Biophilia App is available for free from the App Store on iPad, iPhone and iPod touch or at itunes.com/apps/biophilia.

The Biophilia live show had its world premiere on June 30, 2011, as part of the Manchester International Festival and continues as a three-year tour of six-week residencies in eight international cities. In each city, Björk will perform Biophilia twice a week, playing a set of custom-built musical instruments and evoking an atmosphere similar to being inside each feature in the app. For the rest of the week, the venues will host a series of music-education workshops in collaboration with local schools.

Björk has commissioned a set of unique musical instruments to accompany her on the live tour. The team who created these instruments includes an English inventor, an Icelandic organ builder, and a recent graduate of MIT Media Lab. Among these creations are four 10-foot pendulum-harps, in which the swinging motion plucks the strings and illustrates the songs’ gravitational subject matter. Other instruments played in the show include a 10-foot pin barrel harp called the Sharpsichord, a midi-controlled pipe organ and celeste (re-fitted with bronze gamelan bars), twin musical tesla coils, and a Hang; an award-winning 24-piece Icelandic female choir rounds out the ensemble. The Biophilia live show takes place in carefully chosen spaces and museums rather than traditional music venues. Björk will perform in the round to audiences of fewer than 2,000 people to create an intimate experience in which all audience members are within 20 feet of the stage.

A 90-minute documentary on the Biophilia project is currently being filmed by Pulse Films. This exploration of Björk’s creative process as she puts together the different elements of the project will show her at work in the rehearsals for the live show and in the studio working on the album, along with observational footage, interviews, and demonstrations. The climax of the film will be the unveiling of her project at the Manchester International Festival. The documentary will be broadcast later in the Biophilia campaign.

Björk's official website, bjork.com, has been re-launched for Biophilia using the latest HTML5 technology. The new site is animated, interactive and serves as a hub for Biophilia information. 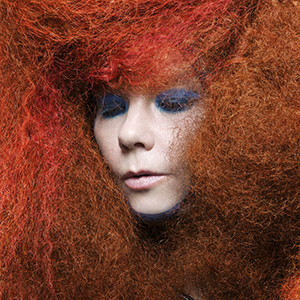 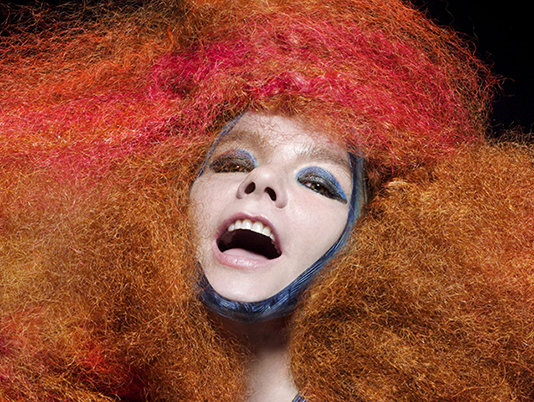