A Tribute to Joni Mitchell

“Prior to this moment, only in our wildest and sauciest dreams could we picture Sufjan Stevens, Björk, and Prince rolling around together. Nonesuch Records, however, has made our dreams a reality.”  —Pitckfork

A Tribute to Joni Mitchell, the first major US tribute album to the legendary artist, features musicians from many genres over its 12 tracks of both rare and quintessential songs from the revered and influential singer/songwriter’s expansive career.

Each performer’s distinct take on A Tribute to Joni Mitchell is true to his or her own artistry, proving Mitchell’s universal appeal and versatility as a songwriter. Mitchell becomes the thread linking together these otherwise very different musical styles into a cohesive and brilliant creation.

Executive Producer and Nonesuch Records President Bob Hurwitz, a longtime admirer of Joni Mitchell, came across the project upon Nonesuch’s move to Warner Brothers in 2004. It was started in the late ‘90s, but never completed. Says Hurwitz:

I loved much of what I heard from the first group of recordings; the best of the tracks, at least to me, sounded like these artists were singing for an audience of one: Joni Mitchell. They knew she would hear their recording of her song, which has to be one of the most daunting tasks any musician can face.

In moving forward, I thought that there should be a purpose to every track: each should be a reinvention or an homage, or be performed by an artist who was a part of Joni's life or whom I knew she admired, or whose life was changed by Joni. Listening to them all, one can only be struck by the incredible craft she brought to these songs, all written as intensely personal statements, yet having the expressive resilience that allows other great artists to find part of their own musical life in her creations.

All songs written by Joni Mitchell 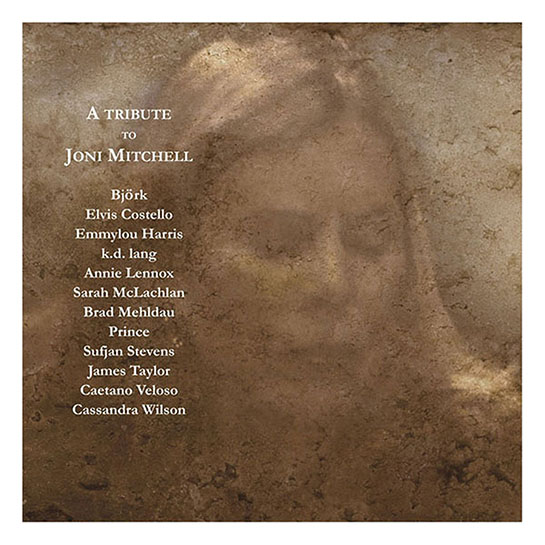