Good Woman, The Staves' first album in six years, was written and recorded in a time of turmoil for the band—the end of relationships, the death of their beloved mother, and the birth of Emily’s first child. Produced by John Congleton, the album stands as a testament to strength—of sisters, mothers, daughters—to love, loss, and change. To trying to be a good woman.

English trio the Staves—sisters Emily, Jessica and Camilla Staveley-Taylor—release their first new album in six years, Good Woman, February 5, 2021 on Nonesuch Records in the US. The title track is available here, along with album preorders; a live performance video of “Good Woman” also will be available here on October 22. The vinyl album is also available in a bundle with a vinyl 7" of the song "Nazareth" b/w the album track "Trying."

Good Woman was written and recorded in a time of tremendous turmoil and change for the band, between the ending of relationships, the death of their beloved mother, and the birth of Emily’s first child. Produced by John Congleton, the album is a testament to the Stavely-Taylors’ strength and that of other women; to sisters, mothers, and daughters; to love, loss, and change; and to trying to be a good woman.

The band explains: “We have been working on this for a long time and are thrilled to share the title track. When we think about making this album we think about moments and snapshots of all the different contexts we were in as it was made. Living in each other’s pockets and then living with oceans between us. Of voice notes and field recordings and ideas in emails sent across continents. We think of homesickness and family. Of being an outsider. Of endless notebooks and scraps of paper. Of studios in the winter and recordings under the summer sun. Of rainy London days and long American nights with coffees and beers, dogs, and cats. We think of love. Big, big love. Our Mum. Our Dad. Our friends. And of loss. Death and birth. Womanhood, motherhood. Sisterhood.

The trio recently released two new songs: “Nazareth” and the Good Woman album track “Trying,” marking the band’s first new music since their collaborative EP with the New York based chamber ensemble yMusic in 2017. The band has been busy in the six years since the release of their acclaimed second album, If I Was. Jessica contributed vocals to Leonard Cohen’s final, posthumous record Thanks for The Dance, which was produced by his son, Adam Cohen. And all three sang on a handful of tracks for Paul Weller’s recent album, On Sunset, in addition to performing with artists like Lucy Rose, Bon Iver, and Flyte over the years.

The Staves have recently relaunched their podcast on Spotify: Dial-A-Stave, an irreverent, fly-on-the-wall listen to the band members’ everyday conversations with one another. They will perform two live shows in London this fall: at Clapham Grand on November 27 and at Hackney Church on December 1. 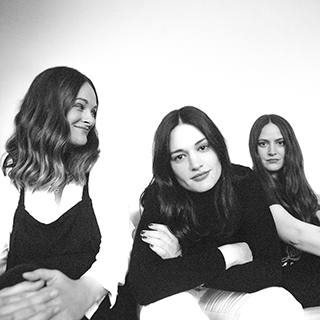 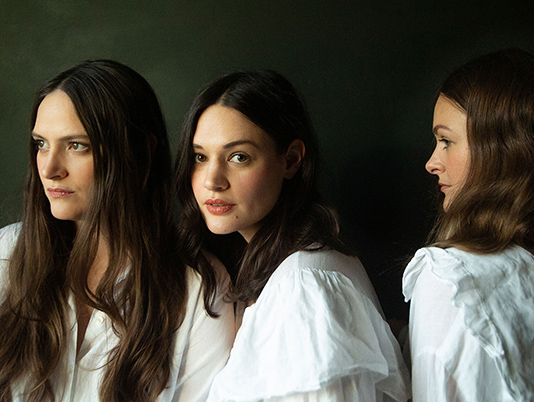