"Beautiful enough to stop a war"  —The New Yorker

Acclaimed American mezzo-soprano Lorraine Hunt Lieberson makes her Nonesuch Records solo debut with Bach Cantatas BWV 82 and 199—featuring two pieces that she recently performed (staged by Peter Sellars) to tremendous critical and audience acclaim in Boston, New York, Paris, London, and Lucerne. Lieberson is joined on the recording, as in the performances, by Boston’s Orchestra of Emmanuel Music and its conductor, Craig Smith. The CD will be in stores on September 23, 2003.

“On the bare, dim stage of the John Jay College Theater (for the Lincoln Center engagement of Sellars’ production), mezzo-soprano Lorraine Hunt Lieberson did more than sing Bach’s Cantatas 199 and 82—she inhabited them,” said Newsday. Co-commissioned by Lincoln Center, the Barbican Centre, Cité de la Musique, and International Festival of Music Lucerne, Sellars’ stagings of the cantatas featured Lieberson as the sole character in two intensely personal dramas. For Cantata 82, Ich habe genug (It Is Enough)—written for the Feast of the Purification of the Virgin Mary—Lieberson appeared on stage in a hospital gown with medical tubes emerging from her exhausted body to sing Simeon’s biblical words from Luke II as a monologue about readiness to die. Cantata 199, Mein Herze schwimmt im Blut (My Heart Swims in Blood)—written for the eleventh Sunday after Trinity—takes its text from a poetry collection titled Gottgefälliges Kirchen-Opffer (Church Offering Pleasing to God) by Georg Christian Lehms. In staging the piece, Sellars drew on traditional Chinese theater, using Lieberson’s costume—a flowing blue dress with a long red sash—as an important narrative tool. The singer used the blood-colored fabric variously to make elaborate hand gestures, mime strangulation, wrap herself, and hide her face as she faced what Sellars describes as self-hatred and allowed it to dissolve into “love, release, and freedom.”

A native of the San Francisco Bay Area, Lorraine Hunt Lieberson began her musical career playing the viola, the instrument with which she first joined the Orchestra of Emmanuel Music in 1980 before becoming a member of the chorus. Her repertoire as recitalist and opera singer ranges from Baroque to contemporary. Lieberson’s engagements for the 2003–04 season include a return to Glyndebourne to reprise the role of Irene in the Peter Sellars production of Handel’s Theodora; Jocasta (Oedipus Rex) and Phaedra at the BBC Proms; her debut in the role of Mélisande in a concert performance with the Boston Symphony Orchestra led by Bernard Haitink; a North American recital tour with Peter Serkin, including performances at Tanglewood, Carnegie Hall, Boston’s Jordan Hall, and St. Paul, Minnesota’s Ordway Center; Mahler’s Symphony No. 3 with the Philadelphia Orchestra and Christoph Eschenbach in Philadelphia and at Carnegie Hall; concerts with the Los Angeles Chamber Orchestra; and Mahler’s Symphony No. 2 with the San Francisco Symphony Orchestra and Michael Tilson Thomas. She can be heard on Nonesuch Records’ recent recording of John Adams’ El Niño, a piece that she performed in Los Angeles and New York last season, directed by Sellars.

Emmanuel Music, a collective of singers and instrumentalists, was founded in 1970 by Craig Smith to perform the complete cycle of J.S. Bach’s sacred cantatas in the liturgical setting for which they were intended. The ensemble has expanded its repertoire to include large-scale works by Bach as well as music by Mozart, Handel, Schütz, and Harbison and chamber series devoted to the complete vocal, piano, and chamber works of Schumann, Debussy, Brahms, and Schubert in more than 50 performances per year. Guest conductors have included Harbison, Seiji Ozawa, Christopher Hogwood, and Christoph Wolff. 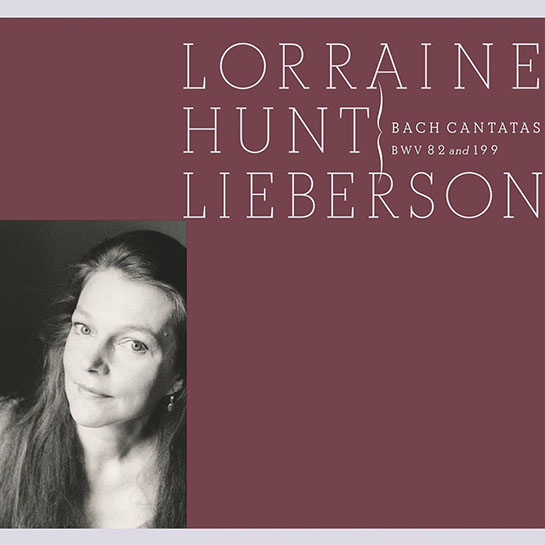