A native of the San Francisco Bay Area, Lorraine Hunt Lieberson began her musical career as a violist. She is a consummate recitalist and concert singer and a riveting operatic performer; her repertoire ranges from the Baroque to the contemporary. On the opera stage she has excelled in roles as diverse as Ottavia (Monteverdi), Ariodante (Handel), Sesto (Mozart), Carmen (Bizet), and Myrtle Wilson (Harbison).

Recognized by Musical America as the 2001 Vocalist of the Year, Ms. Hunt Lieberson’s activities during the present season include John Adams' El Niño at the Concertgebouw, Amsterdam, and with the Los Angeles Philharmonic, both in Los Angeles and in New York; a North American recital tour with appearances in Atlanta, Berkeley, Los Angeles and New York among others; a return to the Metropolitan Opera, New York to sing Didon in Les Troyens, and to Glyndebourne to reprise her triumphant portrayal of Irene in the Peter Sellars production of Handel’s Theodora.

Highlights of previous seasons have included Myrtle Wilson in The Great Gatsby at the Metropolitan Opera; Bach Cantatas staged by Peter Sellars in New York, Paris, London, and Lucerne; Sesto in La Clemenza di Tito= and the title role in Xerxes for the New York City Opera; Ottavia in L’Incoronazione di Poppea at the Aix-en-Provence Festival and at the San Francisco Opera; and the world premiere of John Adams' El Niño at the Chatelet in Paris and in San Francisco followed by a recording for Nonesuch Records. She has sung Jocasta in Oedipus Rex for the Netherlands Opera; Charlotte in Werther in Lyon, with Kent Nagano; and Triraksha in Peter Lieberson’s Ashoka’s Dream for the Santa Fe Opera.

Concert highlights include Mahler Symphony No. 3 with the Boston Symphony Orchestra and James Levine; Berg’s Seven Early Songs with the Berlin Philharmonic under Nagano; Mahler’s Songs of a Wayfarer with the Los Angeles Philharmonic and Esa-Pekka Salonen; Didon in a concert performance of Les Troyens at the Edinburgh Festival with Donald Runnicles; Berlioz’s Les Nuits d’été in Paris with Roger Norrington and in the San Francisco Bay Area with the Philharmonia Baroque Orchestra and Nicholas McGegan; and L’enfance du Christ at Carnegie Hall with the Orchestra of St. Luke's and Sir Charles Mackerras. Recital appearances have taken her to Lincoln Center; Wigmore Hall; the Concertgebouw; and to Boston’s Jordan Hall among others. 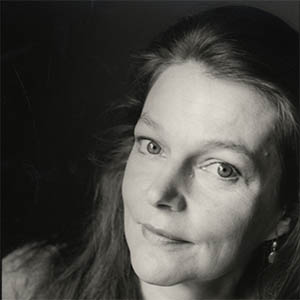