Peter Lieberson composed this Grammy-winning work, based on Pablo Neruda’s poems, for his wife, Lorraine Hunt Lieberson, before the mezzo-soprano’s untimely passing. The Washington Post calls it “one of the most extraordinarily affecting artistic gifts ever created by one lover to another.”

"Neruda Songs—a setting of five love poems on deep and wrenching subjects such as passing delight, memory, fear of separation and transcendence beyond death—is one of the most extraordinarily affecting artistic gifts ever created by one lover to another…they are just as universal as they are shatteringly personal.”—Washington Post

Composer Peter Lieberson’s Neruda Songs, written for and performed by his late wife, the great mezzo-soprano Lorraine Hunt Lieberson are settings of poems by the Nobel Prize-winning Chilean poet Pablo Neruda. They were first heard on the East Coast Thanksgiving weekend 2005, with James Levine conducting the Boston Symphony in the orchestra’s acoustically renowned Symphony Hall. The November 26 performance was recorded, and was released by Nonesuch Records on December 19, 2006, marking the Boston Symphony’s first recording with Levine since he became music director.

“I discovered the love poems of Pablo Neruda by chance in the Albuquerque airport. The book had a pink cover and drew me in. As I glanced through the poems I immediately thought that I must set some of these for Lorraine,” the composer says. “Years later the opportunity came when the Los Angeles Philharmonic and the Boston Symphony Orchestra co-commissioned this piece from me, to be written specifically for Lorraine.”

Lieberson continues, “Each of the five poems that I set to music seemed to me to reflect a different face in love’s mirror. The first poem, ‘If your eyes were not the color of the moon,’ is pure appreciation of the beloved. The second, ‘Love, love, the clouds went up the tower of the sky like triumphant washerwomen,’ is joyful and also mysterious in its evocation of nature’s elements: fire, water, wind, and luminous space. The third poem, ‘Don’t go far off, not even for a day,’ reflects the anguish of love, the fear and pain of separation. The fourth poem, ‘And now you’re mine. Rest with your dream in my dream,’ is complex in its emotional tone. First there is the exultance of passion. Then, gentle, soothing words lead the beloved into the world of rest, sleep, and dream. Finally, the fifth poem, ‘My love, if I die and you don’t,’ is very sad and peaceful at the same time. There is the recognition that no matter how blessed one is with love, there will still be a time when we must part from those whom we cherish so much. I am so grateful for Neruda’s beautiful poetry, for although these poems were written to another, when I set them I was speaking directly to my own beloved, Lorraine.” 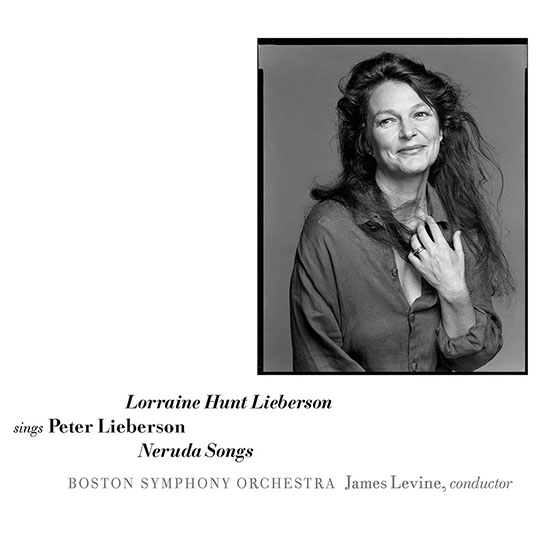