Produced by John Parish (PJ Harvey, Eels, Sparklehorse), Rokia Traoré’s Beautiful Africa earns five stars from the Observer, Guardian, and Songlines, which raves: "It really doesn’t get better than this in today’s African music ... Rokia’s work is exciting, surprising, and always perfectly executed." The New York Times says: "Traoré has a gentle voice with a steely core, one that’s revealed more clearly than ever on Beautiful Africa." NPR says the album "is just as smart and lovely as its creator."

Nonesuch Records releases singer, songwriter, and multi-instrumentalist Rokia Traoré’s Beautiful Africa in the US on September 24, 2013. The record, which was released internationally earlier in the year to critical acclaim, was produced by English musician John Parish (PJ Harvey, Eels, Sparklehorse). Uncut said, “Traoré’s sinuous voice sits at the centre of a hybrid maelstrom that combines the raw, earthy source of Malian rhythms with snarling rock guitars and pneumatic garage energy,” and called it “the record fans of her explosive live shows always hoped she would make and a career highpoint.” Beautiful Africa’s lyrics are sung in Traoré’s native languages of French and Bambara, as well as some English.

Pitchfork described Traoré’s previous record, 2009’s Tchamantché, as “a guitar album of a particularly understated bent ... hauntingly spare yet ridiculously well-defined, the timbre and tone of every string presented in perfect resolution.” Tchamantché won a Victoires de la Musique (the equivalent of a Grammy Award in France) and a Songlines Artist of the Year Award for Traoré.

The daughter of a Malian diplomat who was posted to the US, Europe, and the Middle East, Traoré studied sociology in Brussels before embarking on her musical career. Although based in Bamako, Traoré has, for her son’s safety, temporarily relocated to Paris due to the current conflict in Mali. Her music draws upon her homeland’s traditions as well as the European and American rock and pop she has listened to throughout her life.

Traoré has explored a breadth of directions in her career. She recently collaborated with Nobel Prize–winning novelist Toni Morrison and MacArthur “Genius” Grant winning director Peter Sellars on the theater piece Desdemona. The piece premiered in Vienna in the summer of 2011 and received its New York premiere at Lincoln Center that fall; its UK premiere was at the Barbican in London in the summer of 2012. The Guardian called it “a remarkable, challenging and bravely original new work.”

This album is available from Nonesuch Records for the world outside of Austria, Italy, and Germany. 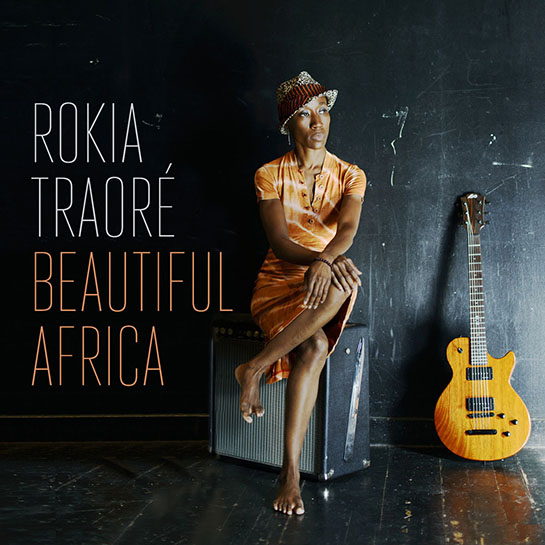