Singer-songwriter Rokia Traoré—whose work Time has lauded as "mesmerizing, casting its spell with virtuoso vocals, rich textures and startling diversity"—combines electric guitar with traditional instrumentation on nine self-penned tunes plus the Gershwin classic "The Man I Love." The Guardian gives five stars to this "intriguing, sophisticated and often intimate set that is quite unlike any of the other great music Mali has produced." The BBC World Service calls it "an absolute stunner."

Singer, songwriter, and multi-instrumentalist Rokia Traoré returns with Tchamantché, the follow-up to her award winning and critically acclaimed 2003 breakthrough Bowmboï. Nonesuch Records released Tchamantché in the US on January 13, 2009.

Tchamantché stems from a simple inspiration—the sound of an old Gretsch guitar—and employs a traditional pop rhythm section. The instrumentation is often sparse, contrasting the Gretsch or the classic Silvertone guitar with subtle percussion effects provided by human beat box and hip-hop artist Sly Johnson, or the n’goni, the tiny, sharp-edged West African lute that has always been an integral part of her sound, played alongside the Western classical harp.

Traoré composed all the songs on Tchamantché, with the exception of the Billie Holiday classic “The Man I Love,” a song she first sang in a duet with Dianne Reeves during the Billie and Me tour in 2005. Known for her outspoken lyrics, Traoré covers a variety of topics on her new record. She discusses the problem of illegal immigration from Africa to Europe in “Tounka,” and, in “Dounia,” reminds Malians that they should be proud of the glories of their past. “Zen” is a song about having the courage to do nothing, and “Yorodjan” was written in praise of African street parties.

The daughter of a Malian diplomat who was posted to the US, Europe, and the Middle East, Traoré studied in Brussels and performed in a rap band before deciding to go back to Mali to create the music she wanted, which was to be “not pop, not jazz, not classical but something contemporary with traditional instruments,” as she says.

Traoré has explored a breadth of directions in her career. Her last album Bowmboï, which Time called "mesmerizing, casting its spell with virtuoso vocals, rich textures and startling diversity,” included collaborations with the Kronos Quartet, and in 2006, she wrote and performed a new work for Vienna’s New Crowned Hope Festival, which was curated by Peter Sellars in celebration of the 250th anniversary of Mozart’s birthday. In Traoré’s piece, Mozart was born as a griot in the time of the great 13th-century Mande ruler Soundiata Keita.

Traoré’s acclaim began before the release of her debut album Mouineïssa (1998), when she won the Radio France International prize for African Discovery of the Year. Her second album, Wanita, made numerous Best of 2000 lists including that of the New York Times. Traoré is equally celebrated for her live shows, which Time Out London says are “arguably the most exciting, most thrilling live African music show around.”

This album is available from Nonesuch in the United States, Canada, and the United Kingdom only. 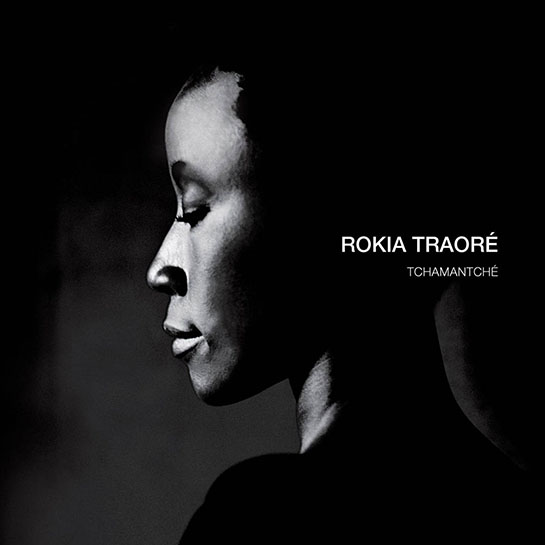