Arliss Howard, discussing music in his notes for the film, talks about driving out of Nebraska and into Missouri some years ago, hearing a voice over the radio and pulling over immediately to call the radio station and find out who it was. It was Death Bell Blues, by R.L. Burnside, and he’s been hooked on this music ever since. Howard linked the music of the North Mississippi hills with Larry Brown’s stories instantly, noting, “The drive of it, the throb and repetition, and something else; a sense of something coming loose. If you’ve ever torn bed sheets for binding in a rainstorm, this is what I mean.” Much of the music featured on the soundtrack comes from the Oxford, Mississippi-based Fat Possum label. The home of R.L. Burnside, the late Junior Kimbrough, T-Model Ford and many others, Fat Possum is certainly the most acclaimed blues label of the past decade. Based on the short-story collection by celebrated Mississippi writer Larry Brown, the film Big Bad Love is the tale of Vietnam veteran Leon Barlow (Arliss Howard), a struggling writer working to make fiction from his past, his dreams and the dim sound of the future bearing down on him. At the same time, he tries to balance his obsession to create with the needs of those around him, including the ex-wife (Debra Winger) who haunts him; a son on the verge of adolescence; a small daughter with an incurable illness; a war buddy and best friend (Paul Le Mat) puzzling over his own consuming love for a funeral home heiress (Rosanna Arquette); and his mother (Angie Dickinson) who sees in her son the return and demise of her beloved husband all over again. Big Bad Love, an IFC Films release directed by Arliss Howard, stars Howard, Debra Winger, Paul Le Mat, Rosanna Arquette, and Angie Dickinson. It was adapted for the screen by Arliss Howard and his brother James Howard and was produced by Debra Winger.

She Asked Me So I Told Her
T-Model Ford, vocals, guitar
Spam, drums
Produced by Matthew Johnson and Bruce Watson
Recorded and mixed by Bruce Watson at the Money Shot 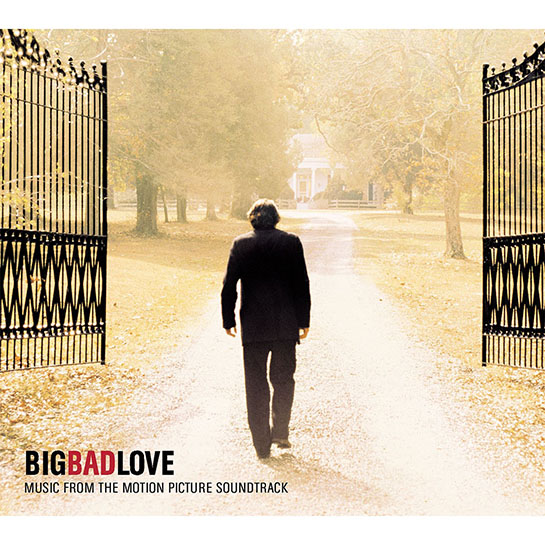