The soundtrack to Ken Burns's Baseball features music by Natalie Cole, Dr. John, Bruce Hornsby, Branford  Marsalis, and Carly Simon, as well as vintage recordings, historic radio calls, and the solo piano playing of Jacqueline Schwab. From "Take Me Out to the Ballgame" to "Hurrah for the National Game," Schwab's instrumental interludes weave an ongoing emotional thread through the film.

But it is the lyrical piano playing of Jacqueline Schwab that weaves an ongoing emotional thread through Baseball, and the Original Soundtrack on Nonesuch. From her lilting “Take Me Out to the Ballgame” which opens the series, to her haunting version of “Hurrah for the National Game” heard throughout the film, Schwab serves as the musical mirror for a range of moods and atmospheres created by Baseball’s visual images.

“Music is the foundation of my films,” says Ken Burns. “I score the film to the music; I time the cutting of the shot to the sound.” Jacqueline Schwab was at the center of Burns’ musical intentions in The Civil War, establishing a signature sound that translated into sales of over 500,000 for the Original Soundtrack, and she has returned in a still greater role in Baseball. The recording features five Schwab solos, culled from among the hundreds of appearances she makes in the 18-hour film.

“I love how music can tell a story,” says Schwab, “and Ken’s films allow me to do that The tunes themselves are so rich, and if you open yourself up to really explore what’s in them, there’s a lot of things you can find.” With a background in English folk music and country dance, Schwab improvises around the themes that occur in Baseball in a spirit consistent with the flavor of a particular character or event. Like variations in a dance step, her musical variations create atmospheres that enhance the action on-screen, and add a visceral layer of emotion to Ken Burns’ storytelling.

Burns calls Schwab’s music-making “gorgeous”. Working side by side over four years as Baseball came together, Burns directed Schwab through hundreds of anecdotes that were translated into piano solos accompanying a specific scene—from “The Minstrel Boy” for Branch Rickey, to “Steal Away” for Jackie Robinson. No single artist contributes as much to Baseball than Schwab, and it is her piano—by turns rhythmic, searching, triumphant, that establishes in music the stirring emotions evoked by Burns on film.

About Jacqueline Schwab
A graduate of the New England Conservatory, Jacqueline Schwab has collaborated with traditional fiddlers Alasdair Fraser and Jay Ungar, and singers Jean Redpath, Molly Mason, Jeanne Morrill, and Dillon Bustin. She also performs with the dance music ensembles Renaisssonics and Bare Necessities. She has performed as a soloist throughout the U.S. in concerts of English, Scottish, and Celtic music, and her ensemble recordings on Flying Fish and Rounder Records have earned acclaim in the folk music field. A native of Pittsburgh, Schwab current!y resides in Cambridge, Massachusetts. 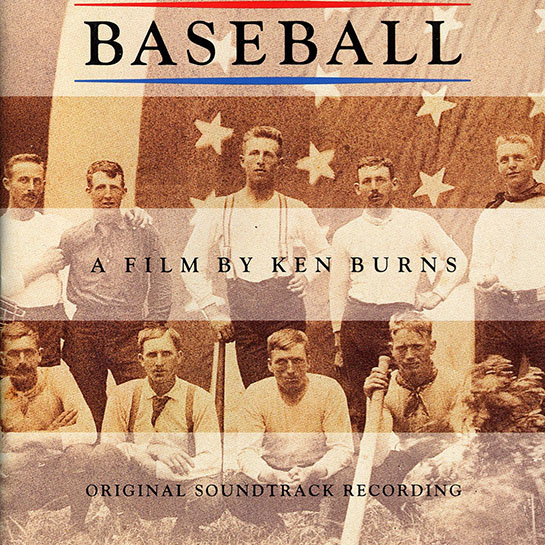