Sam Amidon’s label debut, Bright Sunny South, was produced by Amidon with his childhood friend and longtime collaborator Thomas Bartlett (a.k.a. Doveman) and legendary English engineer Jerry Boys. Recorded in London, the album features a band comprising Bartlett and multi-instrumentalists Shahzad Ismaily and Chris Vatalaro. Jazz trumpeter Kenny Wheeler also makes a cameo. Amidon himself not only sings but also plays banjo, fiddle, acoustic guitar, and piano on the album. The Guardian, Mojo, and Q all give it four stars. Drowned in Sound calls it "his most emotionally and tonally complex LP to date."

Amidon describes Bright Sunny South as a “a lonesome record” and a return to the more spare sound of his 2007 self-recorded debut, But This Chicken Proved Falsehearted: “There was an atmospheric quality to my last two records; those albums are like a garden of sounds,” says Amidon, “but this one is more of a journey, a winding path. The band comes rushing in and then they disappear. It comes from more of a darker, internal space.”

A longtime admirer of Boys’ work, Amidon was particularly enamored of his recordings with Martin Carthy in the 1970s, as well as the Ali Farka Touré/Toumani Diabaté duet albums on World Circuit/Nonesuch: “Those are so beautiful. I listened to all of that. I loved the sense of documentation, the unadorned quality. Everything sounded so clear.”

The Vermont-born and raised, London-based Amidon is known for his reworking of traditional melodies into a new form. In addition to country ballads and shape-note hymns, Bright Sunny South features interpretations of traditional and contemporary songs, including Tim McGraw’s “My Old Friend” and Mariah Carey’s “Shake It Off.” The record also includes a version of “Weeping Mary,” a shape-note hymn that his parents, Peter and Mary Alice Amidon, had recorded with the Vermont-based Word of Mouth Chorus for Nonesuch Records on the 1977 disc Rivers of Delight: American Folk Hymns from the Sacred Harp Tradition.

Bright Sunny South follows 2010’s critically acclaimed I See the Sign, which earned Amidon praise from SPIN for his “quirky alchemy…contrasting pretty sounds with violent lyrical undercurrents” and Pitchfork, which said, “[Amidon’s] interpretations are so singular that it stops mattering how (or if) they existed before.”

Prior to I See the Sign, which was released on the Iceland-based label Bedroom Community, Amidon released But This Chicken Proved Falsehearted (Plug Research, 2007) and All Is Well (Bedroom Community, 2008). In addition to his solo albums, Amidon has collaborated on performances pieces with musical polymath Nico Muhly, toured as part of Thomas Bartlett’s group Doveman and the Brooklyn band Stars Like Fleas, collaborated with Beth Orton, and embarked on a series of live shows with the guitarist Bill Frisell. 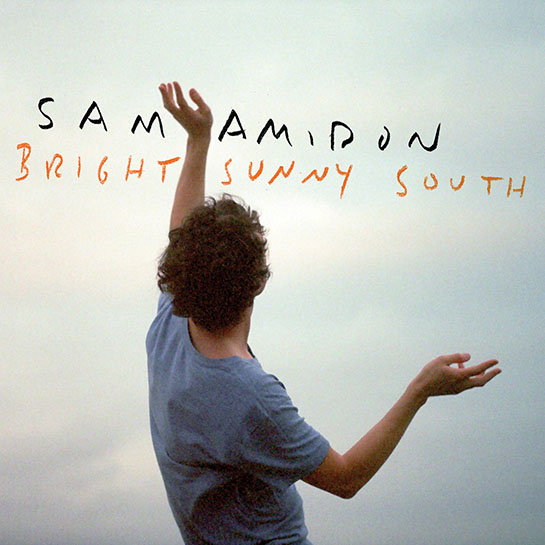