Lily-O, an album of reimagined folk songs by singer/fiddler/banjoist/guitarist Sam Amidon, was produced by Valgeir Sigurðsson and features jazz guitarist/composer Bill Frisell, a longtime hero of Amidon's, along with Amidon’s other frequent collaborators, bassist Shahzad Ismaily and drummer Chris Vatalaro. The album "showcases his ability to transform music," says NPR. "Every little unexpected twist shimmers with originality ... His highly personal approach opens a window on the American past and lets us feel it like nothing else around." The New York Times calls it "hauntingly beautiful." MusicOMH calls it "gorgeous."

Lily-O, a new album of reimagined folk songs by Vermont-born singer/fiddler/banjoist/guitarist Sam Amidon was released September 30 by Nonesuch Records, with the vinyl following on October 27. The album was produced by Valgeir Sigurðsson (Björk, Bonnie “Prince” Billy, Feist) and features the innovative jazz guitarist and composer Bill Frisell, along with Amidon’s other frequent collaborators, bassist Shahzad Ismaily and drummer Chris Vatalaro.

“'Walkin’ Boss' is one of the first songs I learned on the banjo, by playing along with a recording by Jeff Davis as a teenager,” Amidon said. “As it happens this is also the first tune that we recorded during the sessions, on a crisp October morning in Reykjavik."

Frisell has been a hero of Amidon’s since the young Vermont native first heard the guitarist play at the Village Vanguard during a teenage visit to New York City. The two musicians stayed in touch and had their first live collaboration in 2011; not long after, Amidon began contemplating a return to Iceland to make a third album at Sigurðsson’s Greenhouse Studios. He eventually invited Frisell to join him and Sigurðsson, along with Ismaily and Vatalaro, to record what became Lily-O.

“I decided to put us all in a room together in Reykjavik for a few days,” Amidon said. “I knew if I got Bill together with those guys they would get into a deep situation. I imagined that we would do something weird and fiddle-based, but when we got in there it just felt great to sing the songs I had gathered. Recording took about four days. I'd teach them the basic structure of the song; we'd do a few takes, and move on to a new one. There's maybe one or two overdubs but otherwise you're hearing what we played.”

Lily-O’s ten songs are mostly traditional folk songs gathered from disparate sources and refashioned in Amidon’s signature way. The interplay between the four musicians is informed by their backgrounds in improvised music and the spontaneous nature of the sessions. As always, the central element is Amidon’s voice, which, in his deceptively understated manner, tells tales of adventure, love, violence and redemption.

Lily-O follows four albums by Amidon including his 2013 Nonesuch debut, Bright Sunny South. 2010’s I See The Sign and 2008’s All Is Well were made for the Icelandic label Bedroom Community and featured orchestral arrangements by composer Nico Muhly. Along the way Amidon has performed worldwide in myriad contexts, collaborating with musicians such as Muhly, Thomas Bartlett/Doveman, Beth Orton and Glen Hansard. He has appeared as a guest artist on recent albums by Tune-Yards, Aoife O’Donovan and the Blind Boys of Alabama. 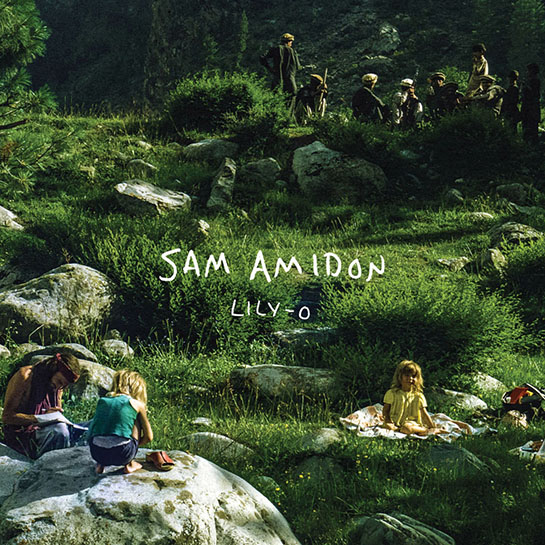