Catherine Zeta-Jones and Angela Lansbury star in the first Broadway revival of A Little Night Music. The San Francisco Chronicle describes the play, based on Ingmar Bergman's film Smiles of a Summer Night, as "an irresistible waltz through some of Sondheim's most memorably melodic songs" and says this "cast album is a treasure." USA Today calls the album "the next best thing to seeing Lansbury's divine performance."

Nonesuch Records and PS Classics release the cast album of Stephen Sondheim and Hugh Wheeler's A Little Night Music on April 6, 2010. The production, which opened on December 13, 2009, at the Walter Kerr Theatre, stars Academy Award winner Catherine Zeta-Jones, five-time Tony Award winner Angela Lansbury, and Olivier Award nominee Alexander Hanson. Directed by Trevor Nunn, it is the first revival of the show since its 1973 debut, which ran for 601 performances and won six Tony Awards, including Best Musical and Best Original Score. Tommy Krasker produced the album, which USA Today calls "the next best thing to seeing Lansbury's divine performance.".

Based on Ingmar Bergman's film Smiles of a Summer Night, A Little Night Music is set in a weekend country house in late 19th-century Sweden, bringing together surprising liaisons, long simmering passions, and a taste of love's endless possibilities. The story centers on the elegant actress Desirée Armfeldt (Zeta-Jones) and the spider's web of sensuality, intrigue, and desire that surrounds her. The Sondheim score features one of the composer's best-known songs, "Send in the Clowns," as well as "Every Day a Little Death," "The Miller's Son," and "A Weekend in the Country."

Trevor Nunn's production of A Little Night Music debuted to critical acclaim at London's Menier Chocolate Factory in November 2008 and subsequently transferred to the West End, where it played a successful limited engagement through July 25, 2009. 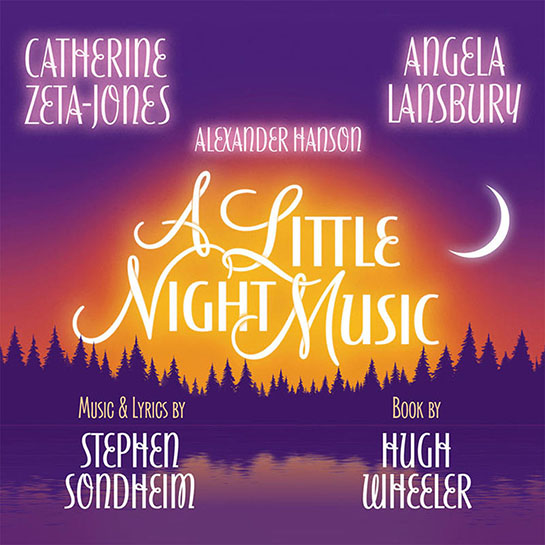