Mr. Sondheim was born in 1930 and raised in New York City. He graduated from Williams College, winning the Hutchinson Prize for Music Composition, after which he studied theory and composition with Milton Babbitt. He is on the Council of the Dramatists Guild, the national association of playwrights, composers, and lyricists, having served as its president from 1973 to 1981, and in 1983 was elected to the American Academy of Arts and Letters. In 1990, he was appointed the first Visiting Professor of Contemporary Theater at Oxford University and in 1993 was a recipient of the Kennedy Center Honors. He was awarded the Presidential Medal of Freedom by President Barack Obama in 2015. 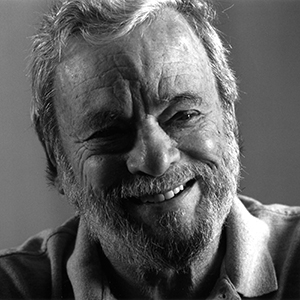