On Home Stretch, composer/pianist Timo Andres pairs the newly composed title work with two reinventions of works by musical heroes in Mozart "Coronation" Concerto Re-Composition, described by The New Yorker's Alex Ross as "mesmerizing," and Paraphrase on Themes of Brian Eno. Metropolis Ensemble chamber orchestra performs with the composer on piano. The album, says NPR, offers "thought-provoking glimpses into how the past and the present merge in classical music today." The Chicago Reader says it "bursts with creativity." The Guardian and the Independent give it four stars.

Home Stretch was written for pianist David Kaplan and was conceived as a companion piece to Mozart's Piano Concerto No. 12, K. 414. Andres wanted the piece to reflect the musical resonance of the Mozart and his friend Kaplan's personality. Andres notes, "I knew I wanted Home Stretch to have something to do with fast cars, which David is obsessively interested in. The piece is in three large sections that gradually accelerate: beginning in almost total stasis, working up to an off-kilter dance with stabbing accents and ushering in a sturm-und-drang cadenza that riles itself up into a perpetual-motion race to the finish. However, there are always little 'smudges' of music from each section in the others, sometimes fitting into their new context, sometimes balefully interrupting."

Also on the album is Mozart's Piano Concerto No. 26 in D, "Coronation," completed by Andres. A virtuosic improviser, Mozart left much of the solo part unwritten as he expected to play the piece himself. In particular, the left hand is mostly absent from the original manuscript. Pianists generally play from a completed score that adds simple accompaniment patterns and harmonies for the left hand, but Andres's treatment of the concerto takes a wholly different approach. He inserts his own voice into the left hand and ends the work with newly written cadenzas. He explains, "I approached the piece not from a scholarly or editorial perspective, but more as a sprawling playground for pianistic invention and virtuosity, taking cues from the composer-pianist tradition Mozart helped to crystallize." The New Yorker's Alex Ross wrote on his blog that the result is "mesmerizing."

The recording ends with Andres's Paraphrase on Themes of Brian Eno. Already an influential force in popular music history, Brian Eno is increasingly gaining recognition from classical composers. As Andres writes, Eno is a composer with "two quite distinct sides: as an innovator who works in ambient and collage music, and as a quirky and crafty pop songwriter. It’s all interesting, but the really amazing things happen when these musical personalities overlap and wear away each other's surfaces." In Paraphrase on Themes of Brian Eno, Andres focuses on Eno's albums Before and After Science and Another Green World. He builds what he terms, "a 19th-century style 'orchestral paraphrase' on the subject of Eno’s music."

Home Stretch was recorded at Seiji Ozawa Hall at Tanglewood. It is Andres's second album with the Nonesuch label; his first, Shy and Mighty, was praised by the New York Times for its "inventiveness and originality," and by the Guardian for the way it "glides across stylistic boundaries in a totally unselfconscious way."

Timo Andres is a composer and pianist who grew up in rural Connecticut and now lives in Brooklyn, NY. His debut album, Shy and Mighty, which features 10 interrelated pieces for two pianos, performed by Andres and pianist David Kaplan, was released by Nonesuch Records in May 2010 to critical acclaim. Of the disc, Alex Ross wrote in the The New Yorker that Shy and Mighty "achieves an unhurried grandeur that has rarely been felt in American music since John Adams came on the scene… more mighty than shy, [Andres] sounds like himself." In the current season, Andres plays a solo recital of his own works alongside those by Chopin, Thomas Adès and Schumann for Lincoln Center's Great Performers; a solo recital for San Francisco Performances, and a duo program with Gabriel Kahane for the Library of Congress. Commissions include a new piano quintet written for Jonathan Biss and the Elias String Quartet, presented by Wigmore Hall, Carnegie Hall, the Concertgebouw Amsterdam, and San Francisco Performances; a solo piano work for Kirill Gerstein commissioned by the Gilmore Foundation, and a new string quartet for the Library of Congress, to be premiered by The Attacca Quartet. Recent highlights include a weekend of performances in Los Angeles, featuring a new work for the Los Angeles Chamber Orchestra, his own re-composition of the Mozart "Coronation" Concerto, and chamber works performed by the groundbreaking ensemble wild Up; performances of Crashing Through Fences by eighth blackbird, and solo recitals at (Le) Poisson Rouge and Wigmore Hall.

Metropolis Ensemble is a professional ensemble based in New York City dedicated to classical music in its most contemporary forms. Led by Grammy-nominated conductor Andrew Cyr, Metropolis Ensemble is emerging a new generation of outstanding composers and performers by promoting an atmosphere of openness, discovery, and excitement about the process of creating new music. Metropolis Ensemble has appeared at Lincoln Center's Out of Doors Festival, BAM, Wordless Music Series, Celebrate Brooklyn!, (Le) Poisson Rouge, New Victory Theatre, MATA Festival, and in broadcasts by National Public Radio and Late Night with Jimmy Fallon. Since its inception in 2006, Metropolis Ensemble has commissioned 90 new works and produced three recordings. Metropolis Ensemble’s debut recording on Naxos received a Grammy Nomination for Best Instrumental Soloist with Orchestra in the 53rd Grammy Awards for Avi Avital (soloist) and Andrew Cyr (conductor) for Avner Dorman's Mandolin Concerto. Their second recording featured the music of Vivian Fung and was awarded Canada’s prestigious Juno Award in 2013 by The Canadian Academy of Recording Arts and Sciences in Best Classical Composition for Fung's Violin Concerto. Embracing the fluid state of contemporary music, Metropolis Ensemble collaborates with artists who defy classification including Questlove and The Roots, Deerhoof, Paris-based BabX, and Tan Dun. In 2013, Metropolis Ensemble performed the US premiere of a new opera by British-American composer David Bruce. The Firework Maker's Daughter was presented by New Victory Theatre in collaboration with The Royal Opera House of London, Opera North, and The Opera Group. 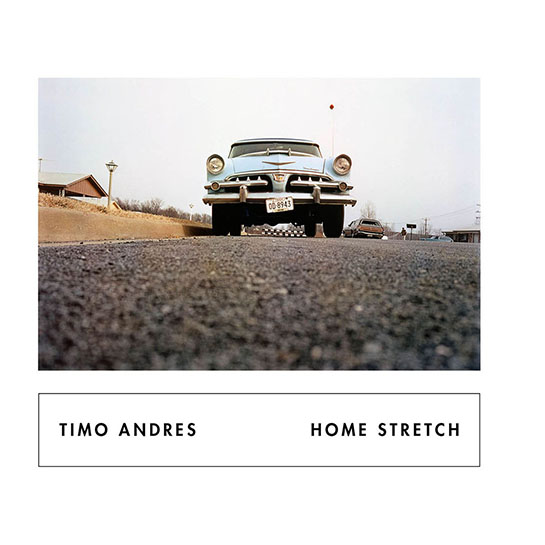