there is no Other

Rhiannon Giddens’s album there is no Other, recorded with the multi-instrumentalist Francesco Turrisi, was produced by Joe Henry and tracked over five days in Dublin. The album is at once a condemnation of “othering” and a celebration of the spread of ideas, connectivity, and shared experience. "This is acoustic roots music at its most glorious," exclaims Uncut, "and Giddens is fast becoming the genre’s brightest star in the firmament." The double-vinyl edition includes four additional tracks, expanded liner notes, and photos from the recording session. Grammy Award Nominee: Best American Roots Performance, "I'm on My Way."

Rhiannon Giddens's latest album, there is no Other, recorded with Italian multi-instrumentalist Francesco Turrisi, was released May 3, 2019, on Nonesuch Records. Produced by Joe Henry and tracked over an intensely productive five-day period in Dublin, Ireland, there is no Other is at once a condemnation of "othering" and a celebration of the spread of ideas, connectivity, and shared experience. The double-vinyl edition, released September 13, includes four additional track, expanded liner notes, and photos from the recording session.

Tracing the overlooked movement of sounds from Africa and the Arabic world and their influence on European and American music, there is no Other illuminates the universality of music and the commonality of the human experience. It primarily features only Giddens and Turrisi playing one or two instruments together. The album comprises a mix of original songs penned by Giddens and a diverse set of interpretations ranging from Ola Belle Reed's "I'm Gonna Write Me a Letter" and Oscar Brown, Jr.'s "Brown Baby" to the Italian traditional "Pizzica di San Vito" to the aria "Black Swan" by Gian-Carlo Menotti

Giddens recently told the Irish Times: "It's all about movement, for both of us ... movements of human beings and how we affect each other. If you just look at our range of instruments, where they've come from and how they've travelled across the world, it's pretty amazing. The way that both of us approach music is very similar because we're both educated about where the music is coming from. But when it comes to playing, we're both just playing what we feel."

there is no Other was recorded with little editing and overdubbing. Giddens sings and plays minstrel banjo, octave violin, and viola. Turrisi plays piano, accordion, frame drum, tamburello, lute, cello banjo, daf, and colascione. They are joined on four songs by Kate Ellis on cello. The array of instruments reveal the sonic ties that bind between African, Arabic, European, and American cultures.

Giddens and Turrisi have also announced an extensive 2019 tour; see below for a full list of dates.

Rhiannon Giddens is a celebrated artist who excavates the past to reveal bold and candid truths about our present. A MacArthur "Genius" Grant recipient, she has performed for the Obama's at the White House and acted in two seasons of the hit television series Nashville. She has been profiled by CBS Sunday Morning, the New York Times, and NPR's Fresh Air, among others. Her acclaimed solo albums, Tomorrow Is My Turn (along with the EP Factory Girl, produced by T Bone Burnett) and Freedom Highway, received three Grammy Award nominations; her work with the Carolina Chocolate Drops (which she co-founded) received a Grammy in 2010. Giddens is also featured in Ken Burns's Country Music series coming to PBS this fall and will perform at concerts tied to the series in Nashville and New York City. Songs of Our Native Daughters, a collaborative album featuring Giddens that tells the stories of historic black womanhood and survival, was released on Smithsonian Folkways last month to rave reviews.

Italian multi-instrumentalist Francesco Turrisi defies easy categorization. Called "a musical alchemist" by the Irish Times, Turrisi is a Turin-born musician whose Dublin base reflects his global sensibilities. With his unique ability to fold early music, pan-Mediterranean modal melodies, and European flavored jazz into a single repertoire, Turrisi has developed a musical style that crisscrosses cultures and forges musical alliances that are, at once, old and familiar and startlingly brand new. He has performed and recorded with Bobby McFerrin, jazz icon Dave Liebman, early music group l'Arpeggiata, contemporary ensemble Bang on a Can, Irish sean-nós singer Roisin El Safty, and tarantella specialist Lucilla Galeazzi. 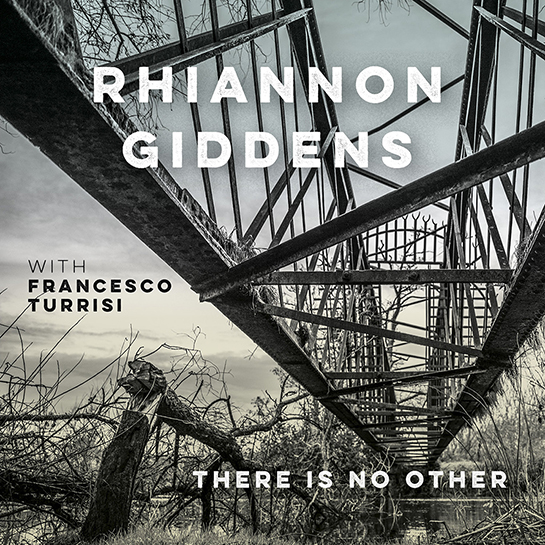