Tomorrow Is My Turn

Rhiannon Giddens—singer, songwriter, multi-instrumentalist, and founding member of Carolina Chocolate Drops—makes her solo recording debut with Tomorrow Is My Turn. The album, produced by T Bone Burnett, features a broad range of songs from genres as diverse as gospel, jazz, blues, and country, including works made famous by Dolly Parton, Patsy Cline, Odetta, and Nina Simone. The album "is a showcase for Ms. Giddens’s glorious voice," says the New York Times. "For all her technical control, her voice is a perpetually soulful marvel." NPR calls it "a truly astounding vocal performance." "Gorgeous," exclaims the Daily Telegraph. "An exceptional record."

“The … real head turner was Rhiannon Giddens … She turned to the folk revival repertory of Odetta for the enigmatic 'Water Boy,' singing it with the fervor of a spiritual, the yips of a field holler and the sultry insinuation of the blues. And she followed it with a pair of songs in Gaelic, making them peal and dance … the performances were splendidly polished.” —New York Times

Burnett first worked with Giddens when she performed last fall at a concert he curated at New York City’s Town Hall that was later broadcast on Showtime: Another Day, Another Time: Celebrating the Music of “Inside Llewyn Davis.” In the Huffington Post’s “5 Memorable Moments From the 'Inside Llewyn Davis' Concert,” the top spot went to “Dear Lord: Rhiannon Giddens. The chances are a good many people haven't heard of Rhiannon Giddens, but that's probably going to change ... Giddens performed two songs … and earned the night's one in-show standing ovation.”

Backstage, Burnett was immediately moved to ask if he could produce a record with her. “It was clear the first time I heard her at rehearsal that Rhiannon is next in a long line of singers that include Marian Anderson, Odetta, Mahalia Jackson, Rosetta Tharpe,” Burnett says. “We need that person in our culture.”

For her first solo disc, Giddens chose a broad range of songs from genres as diverse as gospel, jazz, blues, and country. In addition to the traditional “Black Is the Color,” tracks include Hank Cochran’s “She’s Got You,” made famous by Patsy Cline; Dolly Parton’s “Don't Let It Trouble Your Mind”; “O Love Is Teasin’,” popularized by the Kentucky-reared “mother of folk” Jean Ritchie; and Elizabeth Cotton’s “Shake Sugaree.”

“I had already started putting together a list of songs that didn’t really fit into the Chocolate Drops world,” Giddens explains. “At the top was ‘Tomorrow Is My Turn’ [immortalized by Nina Simone]. Seeing Nina do it on YouTube was revelatory. I knew she’d gone through a lot of hard times, as so many people did in that time period. Watching her sing this song, with the words ‘tomorrow is my turn,’ I began to think about the struggle of her and women like her.” The significance of this song led Giddens to make it the title of the album as well. “Other songs started getting on my list and they were all by women or interpreted by women,” she says.

Tomorrow Is My Turn follows Giddens’ work with Elvis Costello, Taylor Goldsmith, Jim James, and Marcus Mumford on Lost On The River: The New Basement Tapes, an album also produced by Burnett that was released in November 2014. Her contribution was hailed by Rolling Stone magazine as the “showstopper…evoking antebellum blues with a magnificent voice that interrogates the myths stirred up at Big Pink.” The New York Times agreed, saying “On lead vocals she’s the album’s revelation, singing melodies that hark back to Celtic modes with a decisive presence and a haunting grace.” 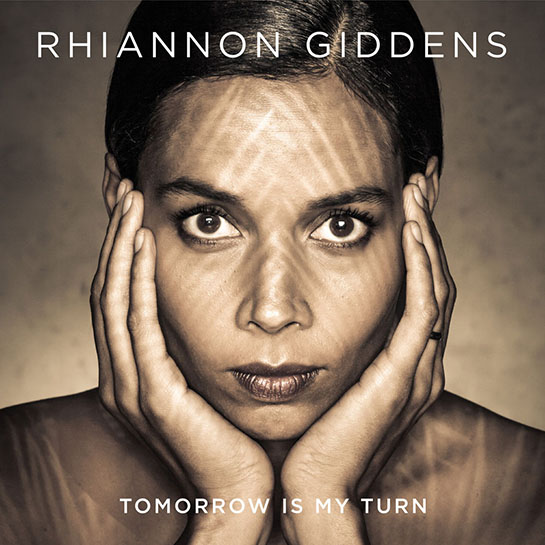