Lianne La Havas's self-titled, third album spans the arc of a relationship. "What plays a big role in the album is the idea of the life cycle of plants and nature—equating this journey with a seasonal thing that blooms, thrives, goes away, and comes back even stronger," she says. Its musical references are as varied as Milton Nascimento, Joni Mitchell, Jaco Pastorious, Al Green, and Destiny’s Child. In keeping with the album's intimate feel, everyone who contributed is a trusted collaborator, including longtime songwriting ally Matt Hales, co-producer Beni Giles, and guest co-producer Mura Masa.

British singer/songwriter/guitarist Lianne La Havas releases Lianne La Havas, her first album since 2015’s Blood, on July 17, 2020 on Nonesuch Records in the US. The album is available to pre-order on limited-edition clear vinyl, standard vinyl, and CD in the Nonesuch Store with an instant download of the album tracks three tracks. La Havas performed both songs, as well as “Midnight” from Blood during her NPR Tiny Desk (Home) Concert, which also premiered today and can be seen below. "Something special happens when Lianne La Havas performs an acoustic set," says NPR Music's Suraya Mohamed. "Our audience agrees; her first appearance at the Tiny Desk in 2015 is one of the most popular Tiny Desk Concerts of all time. We are thrilled to have her back, this time performing from her home in London."

“‘Paper Thin,’ for me, is the song that started this whole thing going. It started as a distant melody in my head as I was falling asleep that I decided not to sleep on,” La Havas explains. “It was recorded as jam between friends and has stayed that way.”

The ten songs on Lianne La Havas—nine originals plus a cover of Radiohead’s “Weird Fishes”—span the arc of a love affair, one that brought growth and newfound confidence. “This is my first completely self-produced album with my own band. I got my own way with everything—all the decisions that you hear on this album were mine,” she says. “I’m a woman now, so I’m less shy and timid about saying certain things. And there’s no right or wrong when it’s your record, so I was very much embracing that fact, as well.”

She continues: “I’ve tapped into the best and worst parts of me and while I didn’t expect this to be the direction of my new music, it’s my reality and it’s driven by emotion. I dare say that this is the closest I’ve gotten to a pure expression so far. If you’d never heard me before, I’d be happy to say, ‘This is me. This is who I am.’”

Blood was nominated for a Grammy Award for Best Urban Contemporary Album. It received tremendous critical praise, with the New York Times saying “There are cross-currents of rhythm and harmony, of melancholy and bliss, of romance and self-determination, of playfulness and purpose. But what comes across first is the sheer grace of her voice. It can be a breathy purr, a lilting tease, a liquid confession or a torchy declaration.” Pigeons and Planes said, “In the modern world of artificial pop and electronically charged hits, Lianne La Havas brings life. Combining jazzy chord progressions, funky bass lines, and sweet, soulful vocals, (she) makes the kind of music that transcends current fads.”

La Havas has in recent years supported Coldplay on an international stadium tour, headlined Brixton Academy, and played the Afropunk Festival in New York. She and her band played London’s Barbican alongside the BBC Symphony Orchestra with Jules Buckley in February; a video of their performance of “Bittersweet” may be seen here: 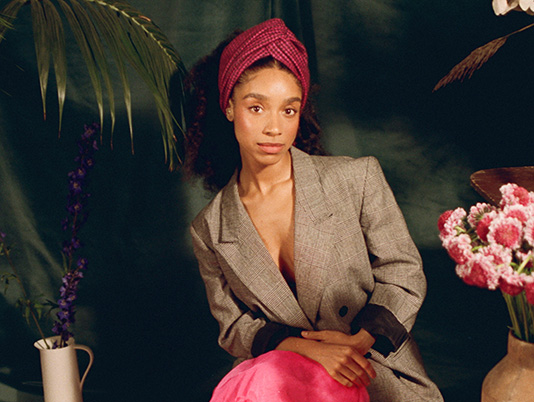