Is Your Love Big Enough?

Lianne La Havas has emerged as one of the UK’s most buzzed-about new talents, with critically acclaimed EPs, sold-out shows worldwide and nods from the likes of Bon Iver and Ryan Adams. Her debut album, Is Your Love Big Enough?, produced by Matt Hales (Aqualung), "is not just one of the year's best debuts," says the AP, "but one of the year's best albums." Says the BBC: "It’s always been clear that La Havas has a special voice, and so it proves here. It’s a voice that invites you in, and only the hardest heart will resist the offer." The San Francisco Chronicle exclaims: "It's hard not to want to shout, 'Viva La Havas!"

British singer/songwriter/guitarist Lianne La Havas has emerged as one of the UK’s most buzzed-about new talents, with critically acclaimed EPs, sold-out shows worldwide and nods from the likes of Bon Iver and Ryan Adams. Esquire (UK) calls her the "songbird from London who pairs honeyed vocals with delicately finger-picked acoustic guitar" and says, "Her performances have a mesmerizing effect." La Havas’ debut album, Is Your Love Big Enough?, was released in the US on August 7, 2012, via Nonesuch Records. The album was recorded in Brooklyn and Los Angeles the previous summer and produced by Matt Hales (Aqualung). Watch the official video for the title track below.

Since her appearance on the BBC’s Later ... with Jools Holland in the fall of 2011, the excitement around Lianne has quickly spread across the UK, Europe and the US. Appearing on that same episode of Later … was Bon Iver, which quickly led to an offer for Lianne to open their December North American tour. “As soon as we saw her play it was so refreshing; somebody who could play their instrument, somebody who could use their voice, but in their own way. She is just fantastic,” Bon Iver’s Justin Vernon told Esquire (UK).

La Havas says that Is Your Love Big Enough? "acts almost like a map of the route I have taken through life, through love, in the past three years. The title is a question that mixes challenge, defiance, impatience, determination, pride, and, above all, passion. It demands an answer."

La Havas was nominated for the BBC’s Sound of 2012 honor and was chosen as one of MTV’s Hot Tips for 2012. A native of South London, with Greek and Jamaican parents, La Havas began teaching herself to play piano, write songs, and sing at the age of seven. Her family’s diverse taste was very influential, as she told Time Out London, when she was a child, her grandparents babysat her often: “They’re from Jamaica, so when I was growing up I listened to a lot of religious reggae—almost hymns, but in a reggae style—on cassettes. But at the same time my mother was listening to a lot of ‘80s and ‘90s Michael Jackson, and Mary J Blige, who I loved from a very early age. Plus India.Arie, Jill Scott, and The Fugees. I saw my father often, and he played the accordion, piano, and guitar.” La Havas began singing backup for other musicians while attending art college for a year before deciding to focus on her own career as a solo artist and songwriter. 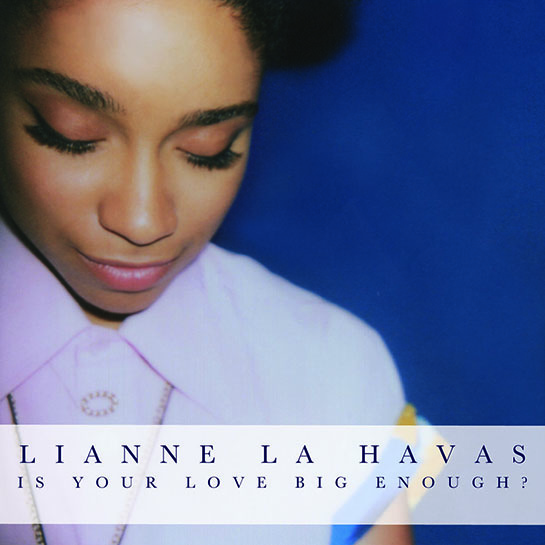