English singer/songwriter/guitarist Lianne La Havas's Grammy Award–nominated second album, Blood, was released last summer by Nonesuch Records in the US to critical acclaim; Pitchfork called it "dynamic and poignantly self-assured in its introspection … an almost seamless album." On the heels of an intimate solo tour, Nonesuch released Blood Solo—a collection of five tracks and an interlude from the original Blood album plus a new song, "Fairytale"—on February 12, 2016.

La Havas' 2012 debut album Is Your Love Big Enough? won Album of the Year at iTunes UK as well as Barclaycard Mercury Prize and Ivor Novello Best Album nominations, along with tremendous critical acclaim. When touring for Is Your Love Big Enough? came to a close, La Havas headed to Jamaica with her mother for a long-awaited holiday that evolved into an experience of self-discovery. She enjoyed emotional reunions with long-lost relatives; embraced Kingston's clubs; and even jammed in front of her family for the first time during a session with legendary dancehall/reggae producer Stephen McGregor.

Exploring her roots inspired La Havas' writing. Lyrically, she says, the songs she wrote are almost all related to "the feeling of who you are and where you come from." And musically, La Havas took inspiration from Jamaica's love of grooves, rhythms, and syncopation. McGregor ultimately joined in the making of Blood along with a rich collection of others including Adele/FKA twigs collaborator Paul Epworth, who produced the album's first single, "Unstoppable," which is built upon an instrumental recording by Ninja Tunes trio The Invisible. Blood has been nominated for a Best Urban Contemporary Album Grammy Award.

This album is available from Nonesuch in the United States only. To order outside the US, click here. 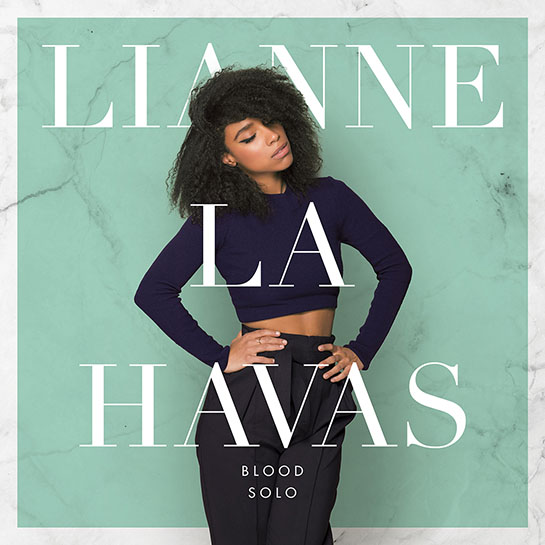