Let the Soil Play Its Simple Part is an album of songs written and performed by Caroline Shaw and Sō Percussion. With Shaw on vocals and Sō filling out this new band, they developed songs in the studio, with lyrics inspired by their own wide-ranging interests: James Joyce, the Sacred Harp hymnal, a poem by Anne Carson, the Bible’s Book of Ruth, the American roots tune “I’ll Fly Away,” the pop music of ABBA, and more. Pre-order to download “To the Sky” now and get a custom climbing pole bean seed packet hand-printed and signed by Shaw.

Nonesuch Records releases an album of songs written and performed by Caroline Shaw and Sō Percussion, Let the Soil Play Its Simple Part, on June 25, 2021. The musicians, who have known each other since their student days, were presented with three days of gratis studio time and decided to experiment with ideas they had begun putting to tape during the sessions for their January 2021 Nonesuch release Narrow Sea. With Shaw on vocals and Sō—Eric Cha-Beach, Josh Quillen, Adam Sliwinski, and Jason Treuting—filling out this new band, they developed songs in the studio, with lyrics inspired by their own wide-ranging interests: James Joyce, the Sacred Harp hymn book, a poem by Anne Carson, the Bible’s Book of Ruth, the American roots tune “I’ll Fly Away,” and the pop perfection of ABBA, among others. The album is co-produced by Shaw, Sō Percussion, and the Grammy Award–winning engineer Jonathan Low (The National, Taylor Swift).

Shaw, who won a Pulitzer Prize for her vocal composition Partita for 8 Voices, written for and performed with Roomful of Teeth, makes her solo vocal debut with Let the Soil Play Its Simple Part. The album’s first track, “To the Sky,” is available today, and its video may be seen here. Let the Soil… is available to preorder now; preorders from the Nonesuch Store come with a custom climbing pole bean seed packet hand-printed and signed by Shaw. “To the Sky,” from the Sacred Harp, takes its lyrics from Anne Steele. “I love the songs about death, and going home, and looking toward a time that is better or brighter, which, if there’s one thing to think about in the world, maybe that’s the thing,” Shaw says. “This one I love in particular. There’s a line, ‘Frail solace of an hour/ So soon our transient comforts fly / And pleasure blooms to die.’ It’s meditation on the ephemeral, and I love it.”

“I hadn’t written very many songs, but I have certainly loved many in my life. I’ve been thinking of making a solo album for seven or eight years, but it takes having the right friends and community in the room,” Shaw says. “The prompt for all of us was: What would we make in the room together with no one person in charge, like a band writes in the studio?”

Cha-Beach recalls of the early test run during the Narrow Sea session: “It had that capturing-lightning-in-a bottle feeling.” When the opportunity to have three days in their friends’ studio, Guilford Sound, came up, the five musicians decamped for Vermont with engineer/co-producer Jonathan Low. “Jon is an amazing editor,” Cha-Beach says, “He is so helpful in thinking about: ‘We have these ideas: how do we shrink those and make them come across on an album?’”

One such idea was for Shaw to do a duet with each member of Sō. She sings with Josh Quillen on steel drums on the title track, which she wrote in under an hour in a “free-writing zone, very inspired by James Joyce, taking on that brain space,” she says. Lyrically, the song is “related to some math bits that I love, but also memory, and love songs of somebody who’s gone or passed away, or that you’re no longer with: what is the sound of that kind of devastation or confusion or love?” They recorded the song only twice, and the first take is on the album. “It’s very spare. The playing is very Josh; it’s so sensitive,” Shaw says.

Adam Sliwinski’s marimba duet with Shaw is an interpretation of the ABBA song “Lay All Your Love on Me.” She explains, “It’s really a Bach chorale. Also, the idea of someone singing ‘Don’t go wasting your emotion / Lay all your love on me / Don’t go sharing your devotion / Lay all your love on me,’ over and over again very slowly, there’s a certain tragedy in it. And then Adam did some absolutely exquisite layering that built this stunning world from the marimba.”

Jason Treuting on the drum kit joined Shaw for “Long Ago We Counted.” She suggested, “Why don’t we start with the voice and the kit having a weird conversation, sort of like two babies talking to each other? And then we built this loop, and we go from this place that’s totally uncomfortable and nonsensical to something that’s rich and rolling and satisfying.” For “Some Bright Morning,” the duet with Cha-Beach—who here plays electronics, piano, and Hammond organ—Shaw drew upon a twelfth century liturgical hymn she had sung regularly in church during her college years: “Salve Regina.”

“Some songs on Let the Soil… were very specifically composed by Caroline,” Cha-Beach says. “But others were this assemblage of ideas: finding words, an idea for how a melody could work, a harmony, and then tossing it in a blender and trusting each other.” Shaw adds, “What I love about Sō is the curiosity about how objects make sounds and how they speak to each other. [There was an] underlying thread of thinking about what goes into soil, how we take care of it, how we allow it to be itself, how we contain it, and what can come out of it if you cultivate the right environment, which for me is always this wonderful metaphor for creativity and collaboration: let people be themselves and see what happens,” she concludes.

Caroline Shaw is a New York–based musician—vocalist, violinist, composer, and producer—who performs in solo and collaborative projects. She was the youngest recipient of the Pulitzer Prize for Music in 2013 for Partita for 8 Voices, written for the Grammy-winning Roomful of Teeth, of which she is a member. Shaw’s film scores include Erica Fae’s To Keep the Light and Josephine Decker’s Madeline’s Madeline as well as the upcoming short 8th Year of the Emergency by Maureen Towey. Hailed for “astonishing both the pop and classical music worlds” (Guardian), she has produced for Kanye West (The Life of Pablo; Ye) and Nas (NASIR), and has contributed to records by The National and by Arcade Fire’s Richard Reed Parry. Shaw currently teaches at NYU and is a Creative Associate at The Juilliard School. Her 2019 Nonesuch/New Amsterdam album Orange won a Grammy Award.

Through its interpretations of modern classics, innovative multi-genre original productions, and “exhilarating blend of precision and anarchy, rigor and bedlam” (New Yorker), Sō Percussion has redefined the scope and role of the modern percussion ensemble. Sō’s repertoire ranges from twentieth century works by John Cage, Steve Reich, and Iannis Xenakis, to commissioning and advocating works by contemporary composers such as David Lang, Julia Wolfe, and Steven Mackey, to collaborations with artists who work outside the classical concert hall, including Shara Nova, choreographer Susan Marshall, The National, Bryce Dessner, and many others. Sō has recorded more than twenty albums, including a performance of Reich’s Mallet Quartet on the Nonesuch record WTC 9/11; appeared at Carnegie Hall, Lincoln Center, Walt Disney Hall, the Barbican, the Eaux Claires Festival, MassMoCA, and TED 2016; and performed with Jad Abumrad, JACK Quartet, the Mostly Mozart Festival Orchestra, and the LA Phil and Gustavo Dudamel, among others. 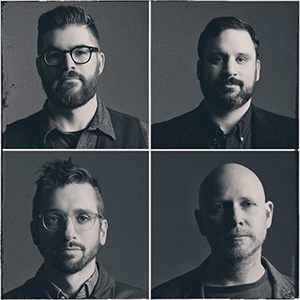 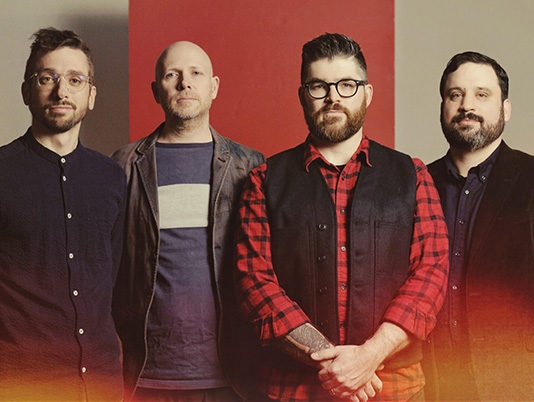