Go Back Home, Audra McDonald's first album in seven years, features songs by composers with whom she has long been associated (Guettel, LaChiusa, Rodgers & Hammerstein, Sondheim) and some, like the Kander & Ebb title track, relatively new to her repertoire; in addition, McDonald continues to champion works by an emerging generation of composers. "As usual," says the Los Angeles Times, "she stuns upon entrance, exit and everything else." New York raves: "It’s entirely possible that Audra McDonald is the greatest singer alive." USA Today says: "McDonald has one of the warmest, most glorious singing voices on the planet."

Nonesuch releases Audra McDonald’s first solo album in seven years—Go Back Home—on May 21, 2013. After four seasons spent in Los Angeles playing Dr. Naomi Bennett on ABC’s hit medical drama Private Practice, the acclaimed singer and actress returned to New York and Broadway last year, winning her record-tying fifth Tony for her role in The Gershwins’ Porgy and Bess. With Go Back Home, the Grammy Award-winning soprano, whose voice Stephen Sondheim has hailed as “one of the glories of the American theater,” makes her highly anticipated return to recording, presenting her most personal album to date.

Many of the selections on Go Back Home are by composers with whom McDonald has long been associated (Adam Guettel, Michael John LaChiusa, Rodgers & Hammerstein, and Sondheim, among others), while some songs, including the Kander and Ebb title track, are by names that are relatively new to her repertoire. In addition, McDonald continues her tradition of championing works by an emerging generation of composers, represented on this recording by Adam Gwon, Heisler and Goldrich, and Will Reynolds. The album was produced by Doug Petty, who also produced McDonald’s 2006 release Build a Bridge; musical director Andy Einhorn conducted the ensemble.

On Friday, May 24, three days after the album’s release, McDonald headlines and hosts "Audra McDonald In Concert: Go Back Home," a national PBS telecast presented by the Emmy Award–winning series Live From Lincoln Center (check local listings). The program is being recorded live to tape on Thursday, May 9, when McDonald performs songs from the album as well as other personal favorites in concert at New York’s Avery Fisher Hall. Last fall, McDonald was named the official host of the acclaimed television series, adding a new chapter to her long history with the Lincoln Center campus, where she attended The Juilliard School and won her first Tony Award for her performance in Lincoln Center Theater’s production of Carousel.

Born into a musical family, McDonald grew up in Fresno, California, where as a child she began singing in her local community theater (her first audition piece was Rodgers & Hammerstein’s “Edelweiss,” which she has recorded for Go Back Home). A year after graduating from Juilliard, she won her first Tony Award for Best Performance by a Featured Actress in a Musical for Carousel. She won two additional Tonys in that category, for Terrence McNally’s play Master Class (1996) and his musical Ragtime (1998), earning her an unprecedented three Tony Awards before the age of 30. In 2004 she won her fourth, for A Raisin in the Sun, and in 2012 she won her fifth Tony and her first in the leading actress category for her role in The Gershwins’ Porgy and Bess. (Julie Harris and Angela Lansbury are the only other people to have won five performance Tony Awards.)

A familiar face on PBS, McDonald has headlined telecasts including an American Songbook season-opening concert, a presentation of Sondheim’s Passion, a tribute concert to Rodgers and Hammerstein titled Something Wonderful, and four galas with the New York Philharmonic: a New Year’s Eve performance in 2006, a concert celebrating Sondheim’s 80th birthday, Carnegie Hall’s 120th Anniversary Concert, and, most recently, “Marvin Hamlisch: One Singular Sensation,” a New Year’s Eve tribute to the late composer. She was also featured in the PBS television special A Broadway Celebration: In Performance at the White House, singing at the request of President Barack Obama and First Lady Michelle Obama. This season McDonald hosts nine telecasts as part of her new role with Live From Lincoln Center. 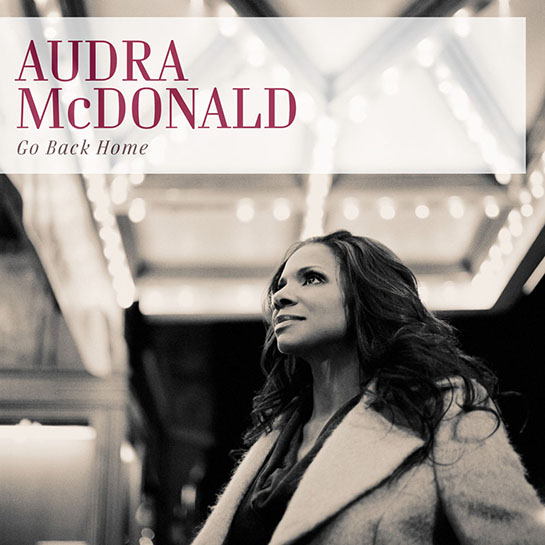