All the Roadrunning (with Mark Knopfler)

A collection of intimate musical encounters, All the Roadrunning was recorded in Nashville by these Grammy-winning artists. Says Esquire, "These are tunes with deep emotional bottoms. You'll laugh. You'll cry. And, most of all, you'll be glad these two found each other."

For seven years, Mark Knopfler and Emmylou Harris quietly compiled a treasure trove of duets. The result, All the Roadrunning, was released on Warner Bros. / Nonesuch Records in April 2006.

“We put it together by stealing a few precious hours of studio time here and there,” says Knopfler, who first met Emmylou Harris on a Chet Atkins TV special.

“Emmylou’s respect and affection for the players and the music struck me then and still does. In my writing, I’d been dealing a fair bit with the male/female shape. With that amazing voice, Emmylou, now more than ever, seems to capture a kind of universal female experience, something that speaks to all ages. After our first session and then making a couple of duets for a Hank Williams tribute, I thought we should go on recording, and thankfully Emmylou felt the same.”

In Emmylou’s words, “Making this album was a pure joy—being surrounded by extraordinary musicians and guided by one of the great artists of our time. Truly it is a gift for which I will always be grateful.”

Knopfler says: “The song ‘If this is Goodbye’ was inspired by something the novelist Ian McEwan wrote days after 9/11 about those mobile phone calls from the towers—the calls to say ‘I love you.’ It connects with the song ‘This Is Us,’ which is just the living continuation of that affirmation of love over barbarism and hatred—a celebration of ordinary lives lived with love in them, falling in love, getting married, having kids and digging out the photo album.” Co-producing with Chuck Ainlay, Knopfler shares his electric, acoustic and slide playing with guitarist Richard Bennett. The other musicians in the lineup are Jim Cox and Guy Fletcher (keyboards), Glenn Worf (bass), Chad Cromwell and Danny Cummings (drums), Glen Duncan (fiddle and mandolin), Stuart Duncan (fiddle), Dan Dugmore and Paul Franklin (steel), Jim Horn and the Memphis Horns (horns), Billy Ware (Triangle) and Steve Conn (accordion).

A multiple Grammy Award winner, as the lead singer/songwriter of Dire Straits Mark Knopfler combined his wry lyrics with his guitar prowess to create such major hits as “Money for Nothing,” “Sultans of Swing,” “Romeo & Juliet,” “So Far Away,” and “Walk of Life.” He has produced records for Bob Dylan and Randy Newman as well as scoring several films including Local Hero, Princess Bride, and Wag the Dog. He has also released several critically acclaimed solo albums, including 2004’s Shangri-La.

A 12-time Grammy winner and Billboard Century Award recipient, Emmylou Harris’s contribution as a vocalist and songwriter has brought country and roots music to a new level of prominence and respect. She has recorded more than 20 albums and has lent her talents to countless fellow artists including Linda Ronstadt, Conor Oberst, Sheryl Crow, Elvis Costello, Tracy Chapman, the Dixie Chicks, Patty Loveless, and Delbert McClinton. She was inducted into the Country Music Hall of Fame in 2008. 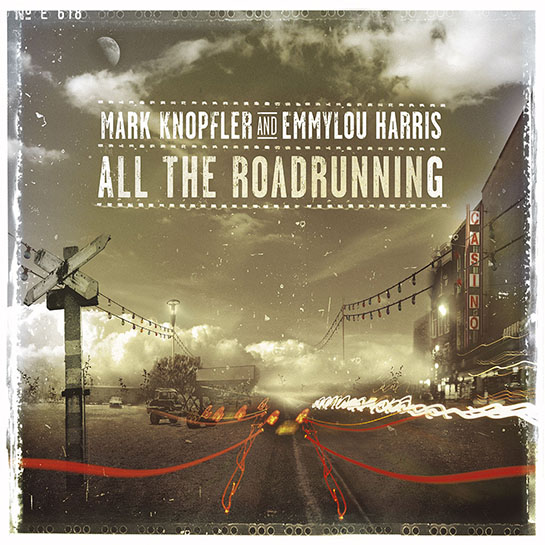