To mark the 20th anniversary of Emmylou Harris's Nonesuch debut album, Red Dirt Girl, comes this limited-edition, translucent red 2-LP vinyl version. Harris wrote all but one of the tracks on Red Dirt Girl, which won the Grammy Award for Best Contemporary Folk Album. It was produced by Malcolm Burn, who also performs on the album, along with Buddy Miller, Daryl Johnson, and Ethan Johns. Dave Matthews sings a duet with Harris, and Bruce Springsteen, Patti Scialfa, and Patty Griffin also contribute vocals.

Emmylou Harris made her Nonesuch Records debut with the release of her album Red Dirt Girl on September 5, 2000. To mark its twentieth anniversary, Nonesuch released the album—which won the Grammy Award for Best Contemporary Folk Album—on limited-edition, translucent red vinyl on February 19, 2021. The initial vinyl edition of the album, released on standard black vinyl in 2016, is no longer in print.

Harris—whom the Los Angeles Times dubbed "the most captivating female artist ever in country music"—wrote all but one of the twelve tracks on Red Dirt Girl, marking only the second time in her career that she had been so involved in the composition of an album. “In songs about lonely journeys and lost companions," said the New York Times, "Ms. Harris has found herself.”

Red Dirt Girl was produced by Malcolm Burn, who had worked with Harris engineering and mixing her previous solo studio recording, 1995's Wrecking Ball, and features Burn on piano, guitar, and bass; Buddy Miller on lead guitar; Daryl Johnson on bass and drums; and Ethan Johns on drums, guitar, and other miscellaneous instruments. Dave Matthews sings a duet with Harris on the album, and Bruce Springsteen, Patti Scialfa, and Patty Griffin also contribute vocals.

Commenting on her new label and record back in 2000, Harris said: "I take pride in my new association with Nonesuch, a label for whom I have great admiration. Red Dirt Girl is a very meaningful record for me. I’ve only written this much for an album once before—The Ballad of Sally Rose—and I’m very pleased as well with what we have accomplished in the studio."

Nonesuch Records President David Bither, then Senior Vice President, said at the time: "We have had the privilege over many years to work with some of the most creative and influential artists and producers in music. This launches a new area of musical exploration for Nonesuch, and we are thrilled that Emmylou is the artist to open this door for us. It is an honor to work with an artist who has such a formidable body of work behind her, but who is now creating possibly the best music of her career."

Emmylou Harris writes this about the songs of Red Dirt Girl:

1. The Pearl
I think this lyric is dealing with depression and angst and mortality. But I knew that the place the song was going to get to was that there has to be a reason for the pain that everyone experiences. And I was taken with the image of the pain that the oyster must go through with the grain of sand inside that becomes a pearl. That is the metaphor—your pain ultimately becomes something beautiful.

2. Michelangelo
This song came to me in a dream. I read a lot and I find myself very moved by language. There’s almost a direct steal in this lyric from Carl Sandberg. I just kinda rewrote it. One of my favorite things about the recording is that it is a one-take vocal with just the three of us on the track—Malcolm Burn, Ethan Johns, and me.

3. I Don’t Want to Talk About It Now
Jill Cunniff of Luscious Jackson was my co-writer on this. When we were cutting this song, Jill and Daryl thought, “This song needs a bridge.” I thought I was finished with it, but it did need something else and they came up with all those chord changes that really lifted it up. She took it to another level. Malcolm added that telephone sound. I brought Julie Miller down to do some singing. I needed something different, and she nailed it with those little “answering” vocals.

4. Tragedy
Those harmony vocals are Patti Scialfa and Bruce Springsteen. They were in New Orleans performing. I loved Patti’s album and thought it was terribly overlooked. So I wanted to get her on my record. It turned out that they had the next day off after the concert. So they came over.

5. Red Dirt Girl
I think this was hovering over the highway and I “drove through it.” I am very, very inspired by the sound of words, and the names of places are so melodic and beautiful. I was passing through Meridian on my way down to record in New Orleans, and that’s what started it. But what really took it over the edge for me was on a night off in New Orleans, we went to see the film Boys Don’t Cry. It unnerved me, not only because of the violence and the homophobia, but also because of the underlying theme of how trapped those young people were. We all come into this world with so much potential and so many dreams. Who knows why some people escape and other people don’t? The key idea is in the lyric, “There won’t be any mention on The News of the World.”

6. My Baby Needs a Shepherd
When I started the song, I thought of it as “Irish,” because of that “too-rah-loo-rah-loo-rah.” Then Ethan Johns started playing that Middle Eastern thing and the rhythm became very dynamic. It made it a much more powerful track than I had envisioned. And a better one. Otherwise it might have been a little too “precious,” maybe a little too Celtic.

7. Bang the Drum Slowly
This is an elegy for my father, who died in `93. A couple of years afterward, I was talking to [songwriter] Jamie O’Hara and said, “You know, I just feel the need to write about my dad. But I can’t even get started. I have so many regrets because there are so many things I could have learned from him that I didn’t.” Jamie said, “Just write that.” I took the song to Guy Clark and he really helped me with the lyrics and inspired me to write more. Everything in the song is true. That’s why it was so hard to write—I couldn’t go into the realm of fiction or poetry. It all had to be true.

8. J’ai Fait Tout
In French, this means, “I did everything I could.” I came across this phrase and thought, “There’s a song in there.” So when Jill Cunniff came down to co-write with me, she had this melody and groove that we really liked and the French phrase worked with it. And off we went. That’s not the most comfortable way for me to write, but by starting with the melody I think we came up with something that’s a nice contrast to the rest of the things on the album.

9. One Big Love
This is the only one I didn’t write. Malcolm felt that this record needed a song that could just be enjoyed for its groove. And after I heard the track, I knew he was right. It’s a great groove.

10. Hour of Gold
That song was a poem for a long time. “The hour of gold / the hour of lead” is actually from the Psalms; I remembered it from a book by Anne Morrow Lindberg that my mother had when I was a child. The track you hear is our original rough mix. We tried another one, but there was something surreal and almost scary about this one that we really loved.

11. My Antonia
I started it several years ago, but put it aside because it was from a man’s point of view. One day I got the idea to make it a conversation and the song just seemed to write itself. Well, then I had to pick a “leading man.” I had just done a show with Dave Matthews, and I loved the way we sounded together. And he did a simply beautiful job. He came up with a harmony on that chorus that really gave the song a second melody.

12. Boy from Tupelo
I think what I like best about it is that I always like to end a record with a song that’s kind of like a “dot, dot, dot.” To be continued. Tune in next time.

Design by Jeri Heiden for SMOG
Photography by Michael Wilson 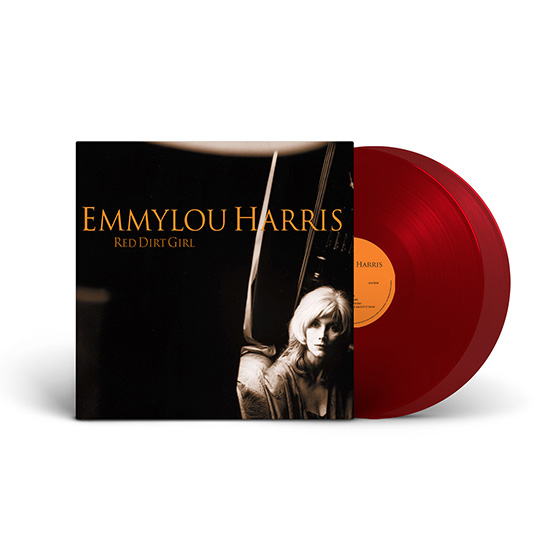