Emmylou Harris and the Nash Ramblers' Grammy Award–winning 1992 album, At the Ryman, was recorded live over three nights at the historic Nashville venue. It features the legendary singer and her acoustic backing band performing songs by Bill Monroe, Bruce Springsteen, Steve Earle, Stephen Foster, Nanci Griffith, and others. The New York Times declared at the time: "This record is her finest moment." This first vinyl edition was re-mastered and pressed on 140-gram double vinyl.

Emmylou Harris and the Nash Ramblers' Grammy Award–winning 1992 album, At the Ryman, is now available on vinyl for the first time, from Nonesuch Records. Recorded over three nights at the historic Ryman Auditorium in Nashville, the album features the legendary singer and her then-new, acoustic backing band, the Nash Ramblers—Sam Bush, Larry Altamanuik, Roy Huskey Jr., Al Perkins, and John Randall Stewart—performing songs by Bill Monroe, Bruce Springsteen, Steve Earle, Stephen Foster, John Fogerty, Nanci Griffith, and others. This first-ever vinyl edition, released in the 25th anniversary year of the album's release, was re-mastered by Robert C. Ludwig and is pressed on 140-gram double vinyl.

When Emmylou Harris chose to perform at the Ryman in the spring of 1991, nearly two decades had passed since the Grand Ole Opry moved from the auditorium to its new home, and the venerable hall, which had opened as the Union Gospel Tabernacle in 1892 and became known as "The Mother Church of Country Music," had seen better days. Harris's appearance at the Ryman is credited by many with sparking a renewed interest in the historic site, which underwent a major renovation not long after its 100th anniversary and the album's release in 1992.

"Her string band exhilarates, especially Sam Bush on mandolin, while she sounds absolutely inspired," raved the Boston Globe. The Los Angeles Times called At the Ryman "a fine example of an acute musical intelligence at work." The New York Times declared of Emmylou Harris at the time: "This record is her finest moment." At the Ryman won the Grammy for Best Country Performance by a Duo or Group with Vocal. 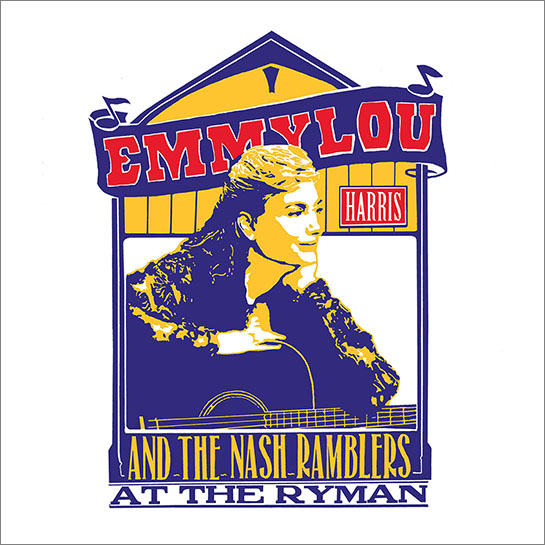