Emmylou Harris and Rodney Crowell’s The Traveling Kind comprises 11 duet tracks, including six new songs written by Harris and Crowell with co-writing by Mary Carr, Cory Chisel, Will Jennings, and Larry Klein. Produced by Joe Henry, the album follows the longtime friends’ Grammy-winning first duet album, 2013’s Old Yellow Moon. "Here, they consciously embrace the full breadth of their expression," says NPR. "This is what it sounds like when true equals, both deep into their journeys, draw out the best in each other." Rolling Stone says: "Their creative partnership sounds stronger than ever."

Emmylou Harris and Rodney Crowell's new album, The Traveling Kind, was released May 12 on Nonesuch Records, with the vinyl out June 29.

The Traveling Kind follows the longtime friends' first duet album, 2013's Old Yellow Moon, which won Best Americana Album at the 56th annual Grammy Awards as well as two awards at the 2013 Americana Music Association Honors & Awards Show, for Album of the Year and Duo/Group of the Year. The album also debuted at #4 on the Billboard's Top Country Albums chart.

Produced by Grammy Award winner Joe Henry (Billy Bragg, Elvis Costello, Aimee Mann), The Traveling Kind comprises 11 duet tracks, including six new songs written by Harris and Crowell with co-writing by Mary Carr, Cory Chisel, Will Jennings, and Larry Klein. Also featured are new renditions of previous Crowell cuts including "No Memories Hanging Around" as well as new interpretations of Lucinda Williams' "I Just Wanted to See You So Bad" and Amy Allison's "Her Hair Was Red."

Of the project, Harris comments, "In the words of Willie Nelson, 'The life I love is making music with my friends,' and there's no better friend for me to make music with than Rodney. I can't wait to get out there on the road with him and play the songs from this new record."

Crowell adds, "Emmy and I wrote six of the eleven songs on The Traveling Kind, which was recorded in a six-day span with our Glory Band, Steuart Smith, and Billy Payne. Joe Henry was at the helm as producer and Justin Neibank did the recording. The experience was pretty much akin to falling off a log."

A 13-time Grammy winner and Billboard Century Award recipient, Harris' contribution as a singer and songwriter spans 40 years. She has recorded more than 25 albums and has lent her talents to countless fellow artists' recordings. In recognition of her remarkable career, Harris was inducted into the Country Music Hall of Fame in 2008. Her most recent solo album, 2011's Hard Bargain, debuted in the top 20 on the Billboard 200 chart and received tremendous critical acclaim—the Associated Press called it "gorgeous" and said Harris' "silvery soprano is in fine form," while USA Today praised "exquisite … her unmistakable soprano, at once grainy and ethereal, still wraps itself around a lyric with an angel's delicate warmth."

Crowell is a multi–Grammy Award winner whose songs have been recorded by Johnny Cash, Norah Jones, Etta James, and Grateful Dead, among others. His 1988 breakthrough Diamonds and Dirt generated five #1 singles and a Grammy Award for the song "After All This Time." His critically acclaimed works The Houston Kid, Fate's Right Hand, The Outsider, and Sex and Gasoline were followed by the 2010 release of his memoir, Chinaberry Sidewalks. In 2011, Crowell released KIN: Songs by Mary Karr and Rodney Crowell, which debuted at #1 on the Americana album chart and featured specials guests including Kris Kristofferson, Vince Gill, and Lucinda Williams, among many others. His most recent solo album, Tarpaper Sky, was released in 2014. Crowell's honors also include an ASCAP Lifetime Achievement Award and membership in the Songwriters Hall of Fame. 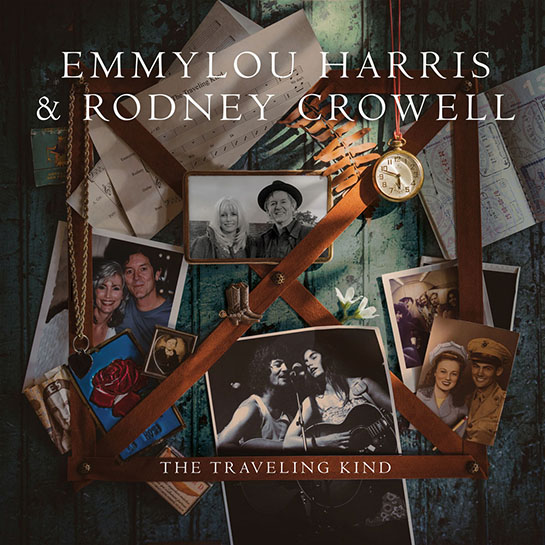