Punch Brothers return with their second album, Antifogmatic, June 15, 2010, on Nonesuch. The record is the follow-up to the band’s highly praised 2008 debut, Punch, which The New Yorker calls “wide-ranging and restlessly imaginative.”

Produced by Jon Brion (Brad Mehldau, Fiona Apple, Elliott Smith, Kanye West), Antifogmatic was recorded, mixed, and mastered at Ocean Way Studios in Hollywood during the winter of 2009–2010. While Punch was focused around Thile’s four-movement composition The Blind Leaving the Blind, Antifogmatic’s ten songs were written collaboratively by the band. Of the process, Witcher explains, “We knew we needed a producer equally as well versed in pop and rock as in instrumental music, and I don’t think there is anyone more able to capture and communicate the essence of this material than Jon Brion.”

Antifogmatic is named after a type of 19th-century alcoholic drink that was meant as a cure for the effects of fog and other inclement weather. Of choosing the title, Thile notes, “'Antifogmatic' is an old term for a bracing beverage, generally rum or whiskey, that a person would have before going out to work in rough weather to stave off any ill effects. This batch of tunes could be used in much the same way, and includes some characters who would probably benefit mightily, if temporarily, from a good antifogmatic.” 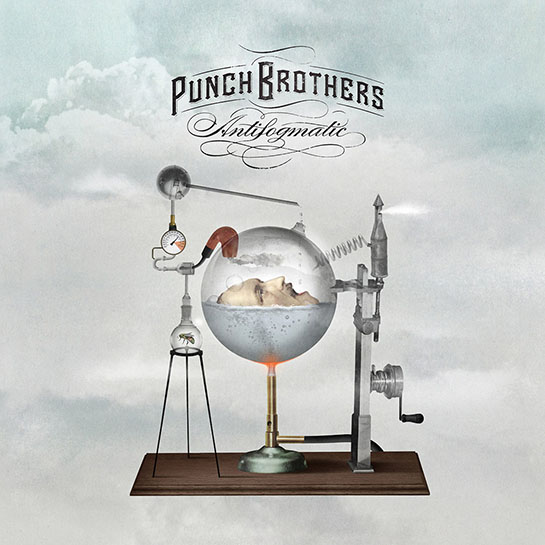