The line-up of Punch Brothers—whose name is taken from the Mark Twain short story, Punch, Brothers, Punch!—is formidable. Thile released the first of five solo albums when he was just thirteen and, by the time he was 20, he was attracting a following among pop, country, and alternative-rock audiences as a member of the Grammy Award–winning Nickel Creek. NPR’s Bob Boilen recently said “I’ve seen many musicians in my day, but my jaw dropped listening to and watching Thile play ... The command he had of his instrument, from frenetically fast strumming to tasty quiet fills, it was just first-rate.”

His band-mates are among the most in-demand performers in the worlds of bluegrass, folk, and traditional music. Guitarist Chris Eldridge was a founding member of the Nashville-based Infamous Stringdusters and occasionally sits in with his dad Ben’s band, The Seldom Scene. Banjo player Noam Pikelny has performed and recorded as a solo artist and has collaborated with acoustic music heavyweights John Cowan and Tony Trischka. Violinist Gabe Witcher, a life-long friend of Thile’s, is a sought-after session man whose fiddle-playing has been featured on the soundtrack of films ranging from Toy Story to Brokeback Mountain.  Witcher also has recorded with a range of artists from Willie Nelson to Beck to Randy Newman and played in dobro master Jerry Douglas’ band for six years. Bassist Paul Kowert, hailing from Madison, Wisconsin, studied at The Curtis Institute of Music with Thile's duo partner Edgar Meyer. Thile says, “I can’t imagine being more excited about a project than I am about Punch Brothers. The possibilities are endless with these guys!”.

Punch is centered around Thile’s four-movement composition The Blind Leaving the Blind. “I had this idea of a long-form composition that was grounded in folk music,” Thile explained, “Though much of it reads like a string quintet, there are parts that read like a jazz lead sheet. There is plenty of improvising and lots of stuff that is loosely dictated.” The album also includes four shorter compositions cowritten by Thile and his bandmates: Punchbowl, Sometimes, It’ll Happen, and Nothing, Then.

The group (then known as The Tensions Mountain Boys) premiered The Blind Leaving the Blind in 2007 at the John Adams-curated In Your Ear Redux festival at Carnegie Hall’s Zankel Hall. The band strived to retain the live feeling of this initial performance when it came time to record the album. “We didn’t want to do any overdubbing,” Thile expands. “Nothing was added. The studio was an amazing room … and the recording captures the beauty of that kind of room.” 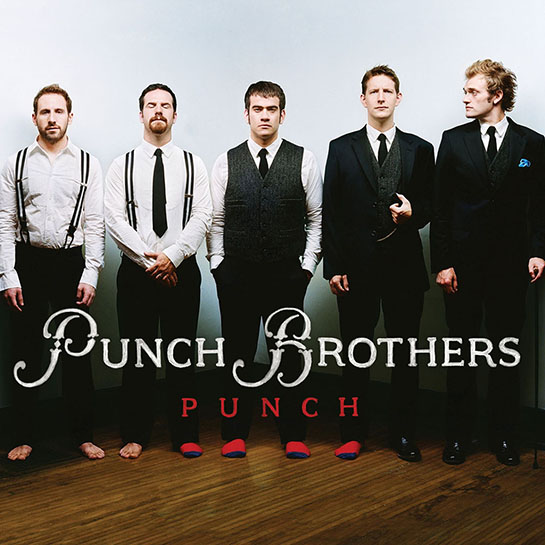