Punch Brothers join forces with producer T Bone Burnett for The Phosphorescent Blues. On the album, the band examines modern life, or, as Chris Thile puts it, asks: "How do we cultivate beautiful, three-dimensional experiences with our fellow man in this day and age?” The CBC calls it "triumphant." The Herald Scotland says it's "a quite masterly collection from a quintet of virtuosi [that] deserves to be filed next to the best work of The Beach Boys, Big Star and Richard Thompson. It's that good." The two-LP, 140-gram vinyl release includes four additional tracks not available on the CD.

Nonesuch releases Punch Brothers’ T Bone Burnett–produced The Phosphorescent Blues on January 27, 2015, with the vinyl to follow on February 24. The two-LP, 140-gram vinyl edition includes four additional tracks not available on the CD.

After working with Burnett numerous times—most recently on the soundtrack for the Joel and Ethan Coen film Inside Llewyn Davis and the related Town Hall/Showtime concert Another Day, Another Time—Punch Brothers decided to join forces with the multiple Grammy Award–winning producer for their new record. Last summer, the band and Burnett spent a month at Hollywood’s Ocean Way Recording laying down the songs that guitarist Chris Eldridge, bassist Paul Kowert, banjo player Noam Pikelny, mandolinist and lead singer Chris Thile, and fiddler Gabe Witcher had written during several writing “retreats” last winter and spring.

Thile explains one of the ways the music on The Phosphorescent Blues reflects the band’s view of modern life: “We often go to bars after shows or writing sessions, to be around other people for a little while. And I’d see people just like me on their phones, telling people they wish they were there, texting people who really are there. Then a song would come on that somebody likes and then they see that someone else does too and maybe they both sing it together and that moment is spiritual, some shared experience, and they are interacting in the flesh, with their fellow man. And that’s communion. Many of the songs on this record dive into that: how do we cultivate beautiful, three-dimensional experiences with our fellow man in this day and age?”

Shortly before the sessions began, Thile and Witcher met with Burnett and discovered the producer had the very same things on his mind. In fact, he’d just given a commencement address at the University of Southern California on the subject of technology and human interaction. Witcher remembers, “Thile and I looked at each and said, ‘This is unbelievable. It’s exactly what we are writing about.’ So this was a perfect, serendipitous union.”

Punch Brothers was formed in 2006 by Chris Thile. Its first Nonesuch record, Punch, was released in 2008 and combined elements of the band’s many musical interests: indie rock, folk, jazz, bluegrass, classical, etc. In 2009 they began a residency at NYC’s Living Room, trying out new songs and ultimately spawning the Grammy-nominated Antifogmatic. In 2012 the band released Who’s Feeling Young Now? of which Rolling Stone said, “The acoustic framework dazzles—wild virtuosity used for more than just virtuosity.”

All songs written and arranged by Punch Brothers except Suite bergamasque: 4. Passepied by Claude Debussy; Prélude in C Sharp Minor, Op. 22: No. 2 by Alexander Scriabin; drum arrangement on "Familiarity" by Gabe Witcher and Jay Bellerose. All Lyrics by Chris Thile except “Sleek White Baby,” written by Gabriel Kahane. 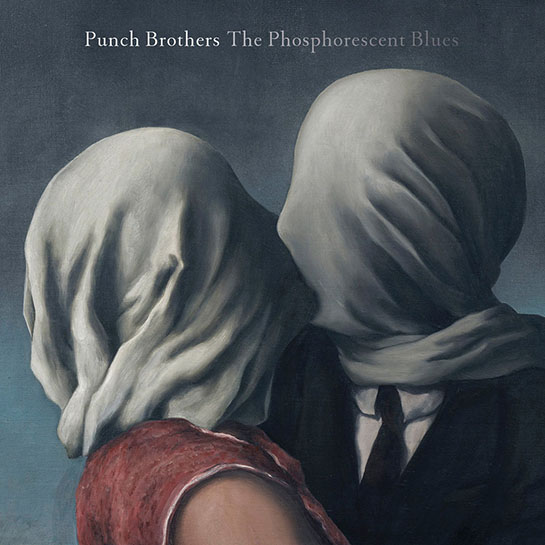