Pianist and composer Tigran Hamasyan's "Ara Resurrected (Dawatile Remix)," a remix of a track from his 2020 album, The Call Within, was recorded by Dawatile—producer, composer, and multi-instrumentalist David Kiledjian—in France, and co-produced with Hamasyan, with Dawatile adding electronic elements to Hamasyan’s piano playing from the original recording.

Pianist and composer Tigran Hamasyan has released "Ara Resurrected (Dawatile Remix)" on Nonesuch Records. The new track, a remix of a song originally released on Hamasyan’s 2020 album, The Call Within, was recorded by Dawatile—producer, composer, and multi-instrumentalist David Kiledjian—in France, and co-produced with Hamasyan, with Dawatile adding electronic elements to Hamasyan’s piano playing from the original recording.

The Call Within, released on Nonesuch in 2020, comprises ten original, self-produced compositions. The album, which Jazzwise calls “an exceptional recording for exceptional times” and Hamasyan’s “strongest artistic statement yet,” is a journey into the artist’s dreamlike inner world, taking inspiration from his interest in maps from different eras, along with poetry, Christian and pre-Christian Armenian folk stories and legends, astrology, geometry, ancient Armenian design, rock carvings, and cinematography—blurring lines between historic reality and the imaginary world. The Call Within was included on Albums of the Year lists by Jazzwise and BBC Music Magazine, and was called “a pounding, high-intensity adventure,” by Mojo. “Neither background music nor easy listening, The Call Within is as in-your-face as instrumental music gets.”

Hamasyan released “Revisiting the Film,” a variation on The Call Within track “Our Film” last year, featuring drummer/composer Morgan Ågren. You can watch Hamasyan perform a solo piano rendition of "Our Film," which NPR Music called his “most enterprising release,” as well as two earlier tunes, for an NPR Tiny Desk (Home) Concert here. 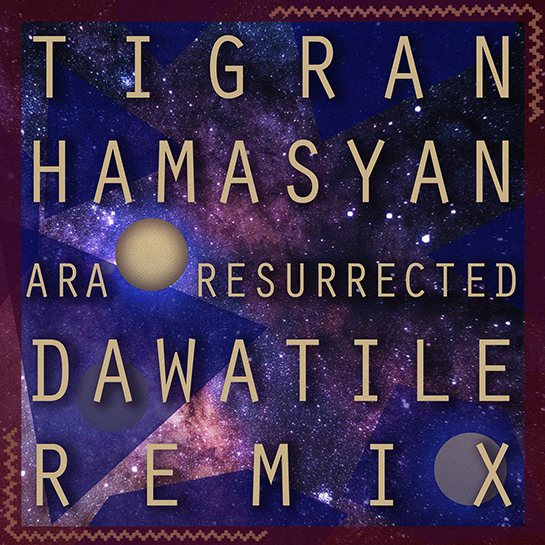