On The Call Within, pianist/composer Tigran Hamasyan performs ten original compositions, with Evan Marien on electric bass and Arthur Hnatek on drums. Produced by Hamasyan, the album is a journey into his dreamlike inner world, taking inspiration from his interest in maps from different eras, poetry, Armenian folk stories, astrology, geometry, ancient Armenian design, rock carvings, and cinematography, and creating what Record Collector calls "a kaleidoscopic tapestry of sound." Jazzwise exclaims: "An exceptional recording for exceptional times."

Nonesuch Records releases its fourth recording from pianist and composer Tigran Hamasyan, The Call Within, on August 28, 2020. The album comprises ten original compositions and features Evan Marien on electric bass and Arthur Hnatek on drums, along with special guests Tosin Abasi on the Armenian prog tune “Vortէx” and Areni Agbabian and Artyom Manukyan on “Our Film.”

Produced by Hamasyan, The Call Within is a journey into the artist’s dreamlike inner world, which is as realistic to him as his physical one. Hamasyan, who believes that the “moment of unconscious creation is the way to feel conscious,” says: “Unutterable seconds of longing, subliminal realization, and mostly joy fill the body as a work of art, a poem, or a melody is being born into this world for no apparent reason, but only for the humanity to discover what is invisible: the divine mystery.”

The album takes inspiration from Hamasyan’s interest in maps from different eras, along with poetry, Christian and pre-Christian Armenian folk stories and legends, astrology, geometry, ancient Armenian design, rock carvings, and cinematography—blurring lines between historic reality and the imaginary world.

Hamasyan began playing piano at the age of three and started performing in festivals and competitions when he was eleven, winning the Montreux Jazz Festival’s piano competition in 2003. He released his debut album, World Passion, in 2005 at the age of seventeen. The following year, he won the prestigious Thelonious Monk International Jazz Piano Competition. Additional albums include New Era; Red Hail; A Fable, for which he was awarded a Victoires de la Musique (the equivalent of a Grammy Award in France); Shadow Theater; and Luys i Luso. His Nonesuch debut, Mockroot (2015), won the Echo Jazz Award for International Piano Instrumentalist of the Year; subsequent records for the label include An Ancient Observer (2017) and the companion EP, For Gymuri (2018). In addition to awards and critical praise, Hamasyan has built a dedicated international following, as well as praise from Chick Corea, Herbie Hancock, and Brad Mehldau.

All compositions written by Tigran Hamasyan 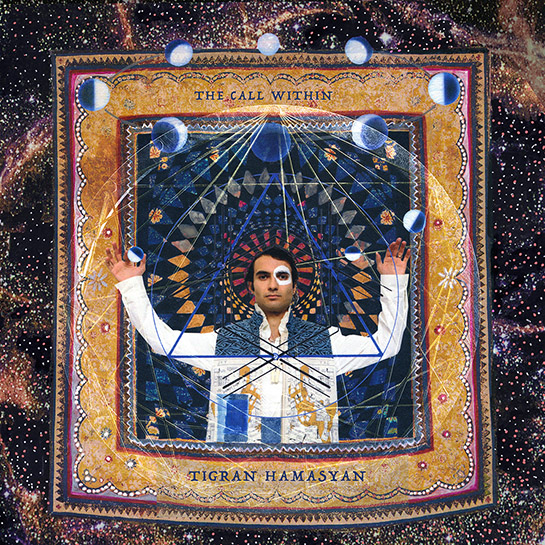