Pianist/composer Tigran Hamasyan's five-song EP For Gyumri was named in tribute to his hometown of Gyumri, Armenia. "I believe that our childhood experience shapes who we become when we grow into adulthood," says Hamasyan. "For Gyumri is an ode to my birthplace, the town that nourished my childhood world with great experiences and made me who I am."

Nonesuch Records releases its third recording from pianist and composer Tigran Hamasyan, For Gyumri, on February 16, 2018. A companion to last year’s An Ancient Observer, For Gyumri includes five additional songs.

"I believe that our childhood experience shapes who we become when we grow into adulthood," says Hamasyan. "For Gyumri is an ode to my birthplace, the town that nourished my childhood world with great experiences and made me who I am. The people and their characters, the soil, the water, the bread, the dialect, all the small streets, the architecture, churches, the mountainous air and everything else the town had to offer gave me memories that now seems like a magical dream that was once a reality.

"I would like to dedicate this album to my parents, grandparents, my great-grandfather Hovhannes Hamasyan, Avetik Isahakyan, Armen Tigranian, Hovanes Shiraz, Jivani, Sheram, Mher Mkrtchian, Levon Madoyan, and Mkrtich Malkhasyan."

Hamasyan named the album in tribute to his hometown of Gyumri, Armenia, where he was born in 1987 before relocating with his family to Los Angeles in 2003. He currently resides in Erevan, Armenia. Hamasyan began playing piano at the age of three and started performing in festivals and competitions when he was eleven, winning the Montreux Jazz Festival’s piano competition in 2003. He released his debut album, World Passion, in 2005 at the age of seventeen. The following year, he won the prestigious Thelonious Monk International Jazz Piano Competition. Additional albums include New Era (2007); Red Hail (2009); A Fable (2011), for which he was awarded a Victoires de la Musique (the equivalent of a Grammy Award in France); Shadow Theater (2013); Luys i Luso (2015); and Mockroot (2015), for which he won the Echo Jazz Award for International Piano Instrumentalist of the Year. In addition to awards and critical praise, Hamasyan has built a dedicated international following, as well as praise from Chick Corea, Herbie Hancock, and Brad Mehldau.

PRODUCTION CREDITS
Produced by Tigran Hamasyan
Recorded and mixed by Antoine Gaillet for FLAM Music
Assistant Engineers: Clément Gariel, Olivier Leducq
All tracks recorded at Studio de Meudon, Meudon, France
Additional vocals on “Aragatz” recorded by Sergey Gasparyan at Alphasound Recording Studio, Yerevan, Armenia
“Rays of Light” was recorded by Sergey Gasparyan at my house in Dzoraghbyur, Armenia. It was played on my grandmother’s and my own upright pianos.
Mastered by Nate Wood at Kerseboom

All compositions written by Tigran Hamasyan
All works published by Yergatun, administered by Universal Publishing (ex. USA and Canada) 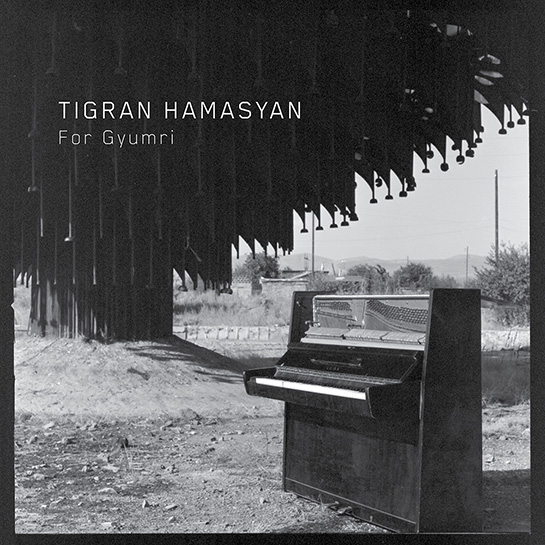