Pianist and composer Tigran Hamasyan's single "Revisiting the Film," featuring drummer/composer Morgan Ågren, is a variation on "Our Film," a track from his 2020 album, The Call Within. "For years I have been a big fan of Morgan and finally had a chance to collaborate," says Hamasyan. "I hope this is going to be the beginning of our dialogue."

Pianist and composer Tigran Hamasyan released "Revisiting the Film," featuring drummer/composer Morgan Ågren, on May 12, 2021, on Nonesuch Records. The new single is a variation on "Our Film," a track from his latest album, The Call Within, released on Nonesuch in 2020. "For years I have been a big fan of Morgan and finally had a chance to collaborate," says Hamasyan. "I hope this is going to be the beginning of our dialogue."

You can watch Hamasyan perform a solo piano rendition of "Our Film," which NPR Music called his "most enterprising release," as well as two earlier tunes, for an NPR Tiny Desk (Home) Concert here.

The Call Within comprises ten original, self-produced compositions. The album, which Jazzwise calls "an exceptional recording for exceptional times" and Hamasyan's "strongest artistic statement yet," is a journey into the artist’s dreamlike inner world, taking inspiration from his interest in maps from different eras, along with poetry, Christian and pre-Christian Armenian folk stories and legends, astrology, geometry, ancient Armenian design, rock carvings, and cinematography—blurring lines between historic reality and the imaginary world.

Hamasyan began playing piano at the age of three and started performing in festivals and competitions when he was eleven, winning the Montreux Jazz Festival’s piano competition in 2003. He released his debut album, World Passion, in 2005 at the age of seventeen. The following year, he won the prestigious Thelonious Monk International Jazz Piano Competition. Additional albums include New Era; Red Hail; A Fable, for which he was awarded a Victoires de la Musique (the equivalent of a Grammy Award in France); Shadow Theater; and Luys i Luso. His Nonesuch debut, Mockroot (2015), won the Echo Jazz Award for International Piano Instrumentalist of the Year; subsequent records for the label include An Ancient Observer (2017) and the companion EP, For Gymuri (2018). In addition to awards and critical praise, Hamasyan has built a dedicated international following, as well as praise from Chick Corea, Herbie Hancock, and Brad Mehldau. 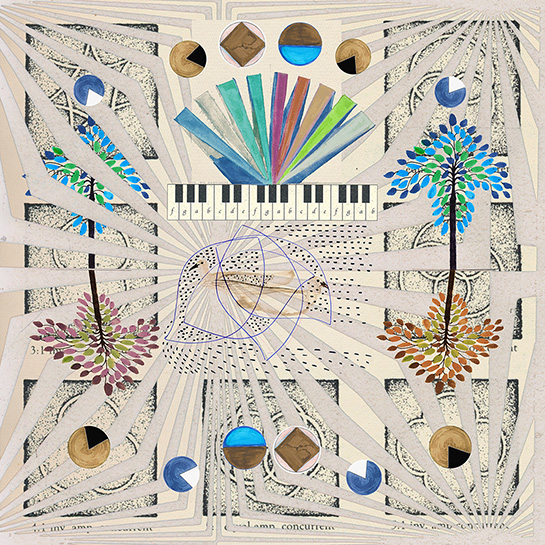