Brad Mehldau Trio’s Blues and Ballads comprises interpretations of songs by other composers, this time with the focus on blues and ballads implied by the album’s title, including works by Cole Porter, Charlie Parker, Lennon & McCartney, and Jon Brion. "A spellbinding set whose salient features are subtlety and understatement," Mojo exclaims. "Sublime stuff." The Times of London says it's "sublimely satisfying." The New York Times calls it "beautiful."

Nonesuch Records releases the Brad Mehldau Trio’s Blues and Ballads, the trio’s first new release since 2012’s Where Do You Start, on June 3, 2016. The previous release received critical acclaim, with the Financial Times saying, “Mehldau never lets his peerless technique and meticulous timing interrupt the narrative flow of a well-told tale. Here, the pianist and his trio burrow deep into left-field pop and the American songbook, and give an adventurous sheen to modern jazz.” Blues and Ballads similarly comprises interpretations of songs by other composers, this time with the focus on blues and ballads implied by the album’s title. The Brad Mehldau Trio is Mehldau on piano, Larry Grenadier on bass, and Jeff Ballard on drums.

Brad Mehldau moved to New York City and first came to prominence as a member of current label mate Joshua Redman’s quartet in the 1990s before becoming a bandleader himself. His trio, which tours the world extensively, made eight acclaimed recordings for Warner Bros., including the five widely praised Art of the Trio albums with former drummer Jorge Rossy, which Nonesuch released as a boxed set in December 2011.

The pianist’s time with Nonesuch has been equally productive, beginning with the solo disc Live in Tokyo and including five trio records—Day Is Done, House on Hill, Live, Ode, and Where Do You Start—as well as a collaboration with soprano Renée Fleming, Love Sublime; a chamber ensemble album, Highway Rider; and two collaborations with label mate Pat Metheny, Metheny Mehldau and Quartet, the latter of which also includes Ballard and Grenadier. In 2011, Nonesuch released Mehldau’s live solo performance on Live in Marciac and his collaborations with genre-crossing musicians Kevin Hays and Patrick Zimmerli on Modern Music. The following year, Nonesuch released Ode, which went on to be nominated for a Grammy, and Where Do You Start. In 2013, Mehldau was featured as a performer and producer on Joshua Redman’s acclaimed Nonesuch release Walking Shadows. His solo on “Sleeping Giant,” on his and Mark Guiliana’s 2014 Nonesuch album Mehliana: Taming the Dragon, was nominated for Best Improvised Jazz Solo in the 2015 Grammy awards. Nonesuch released the 4-CD 10 Years Solo Live in November 2015; later that year, Mehldau received the Wigmore Medal, the first jazz musician ever to do so. Mehldau was also curator of an annual jazz series at Wigmore Hall from 2009 to 2011, and was the first-ever jazz artist to hold the Richard and Barbara Debs Composer’s Chair at Carnegie Hall, in its 2010–11 season. The Brad Mehldau Trio was named Best International Ensemble at the 2013 Echo Awards, the same year that Where Do You Start was chosen as Album of the Year by the Académie du Jazz. 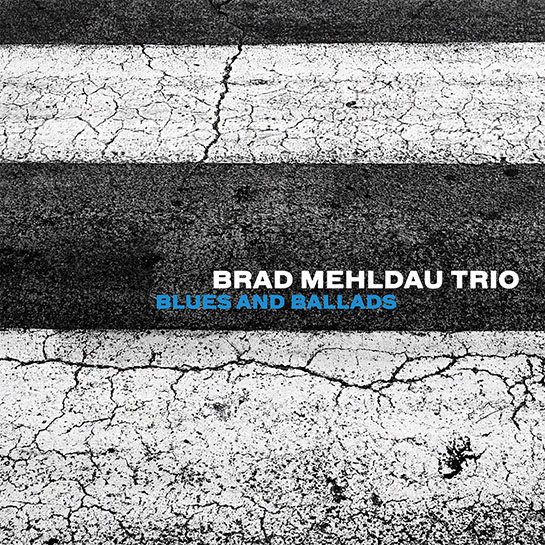